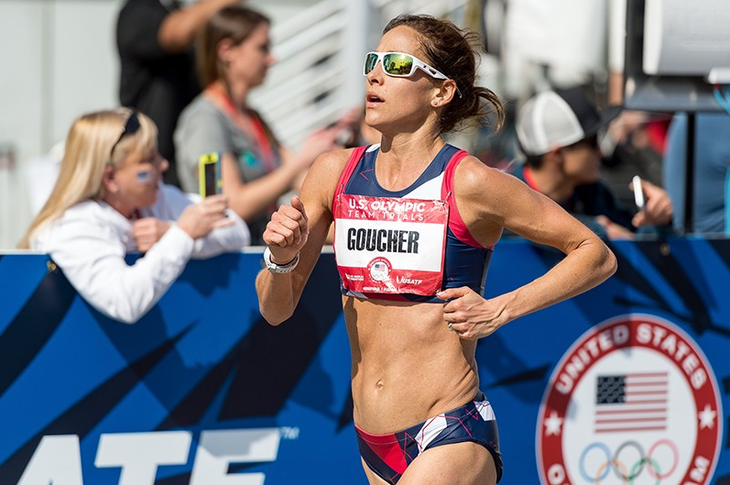 This article originally appeared on Competitor.com.

Soon after the disappointment of missing out on qualifying for her third U.S. Olympic team by finishing an oh-so-close fourth place at the Feb. 13 U.S. Olympic Trials Marathon in Los Angeles, Kara Goucher’s thoughts turned back to the track.

After returning to her Boulder home, with husband Adam and son Colt, Goucher took a break and then resumed training under her coaches, Mark Wetmore and Heather Burroughs. Her training partners include Olympic track athletes Jenny Simpson, Emma Coburn and Shalaya Kipp as well as 1500m runner Sara Sutherland.

Making the 10,000 meter team was a realistic goal. Goucher has run as fast as 30:55.1 for the distance, earned the bronze medal at the 2007 IAAF Osaka World Championships, and remains as determined as tough a racer and trainer as ever. She needed run a a qualifying time of 32:25 or faster to qualify for the Trials.

However, on Thursday, Goucher told Competitor that she is no longer trying for the July 2 U.S. Olympic Trials 10,000-meter finals in Eugene, Ore., in order to focus on her marathon training.

“There was time to qualify (the cutoff is June 26), but I just felt like I was pushing too hard,” she wrote in an email. “After the marathon I felt great, but a month later I started to feel like I wasn’t recovering as well as I had hoped.

“It is very disappointing for sure,” added Goucher, “but I enjoyed training for L.A. so much that I am really excited to do another marathon.”

That marathon will come this fall. Goucher did not mention a specific race, but speculation is that she could run the Sept. 25 Berlin Marathon for the first time. Or return to the Nov. 6 New York City Marathon, where she placed third in her debut in 2008, and where under difficult conditions she finished in 2:37:03 in 2014, after running with the leaders early on.

“My goal now is to build up over the summer for a fall marathon,” Goucher said. “In better conditions, I think I can scare my PR. I’m really looking forward to it.”