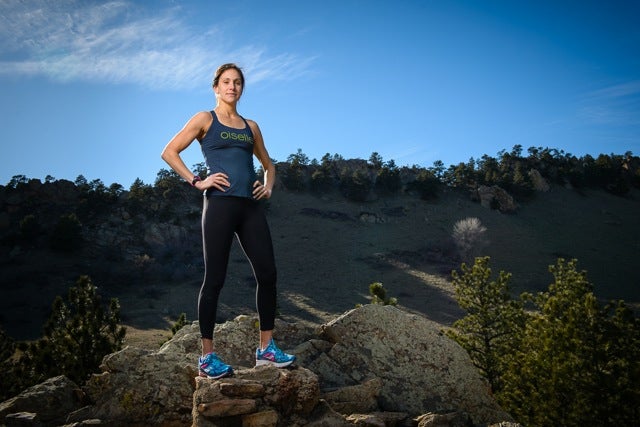 Earlier this year, Goucher moved to Boulder, Colorado to be coached by Mark Wetmore and Heather Burroughs, who helped her through her college career at the University of Colorado. She also decided not to re-new her Nike contract, instead exploring other sponsorship opportunities. Goucher had been a Nike athlete for 12 years, and both her former coaches, Alberto Salazar and Jerry Schumacher, coach Nike groups.

Goucher received offers from several companies, but based her decision on which company was closest to her core values.

“I was able to truly ask myself what I believe and search to partner with a company who shares those beliefs” said Goucher in a press release announcing the deal. “I feel so incredibly lucky to have found a company who is empowering women to be stronger. Oiselle supports women runners from beginners to Olympians, and celebrates the journey we all take together.”

Oiselle (pronounced wa-zell) is a Seattle based running apparel company founded in 2007 by Sally Bergensen. The company has a devoted following of female runners, and has used social media and athlete sponsorship to grow their brand. They signed Lauren Fleshman, ex-Nike runner and 2-time 5,000 meter champion, to a sponsorship and business deal in 2013.

“What I love about Kara is that she dreams big and goes for it,” says Bergesen. “Oiselle has also been about believing in what might otherwise seem impossible. As we grow Oiselle into a community, and a force at the highest level in our sport, having Kara join the strength of our existing team, makes the future feel wide open.”

“I honestly feel like I have found a home in Oiselle, and look forward to helping other women find their wings.”

Competitor.com interviewed Goucher about her decision. You can also read more about how the deal was reached on both Oiselle’s blog and KaraGoucher.com.