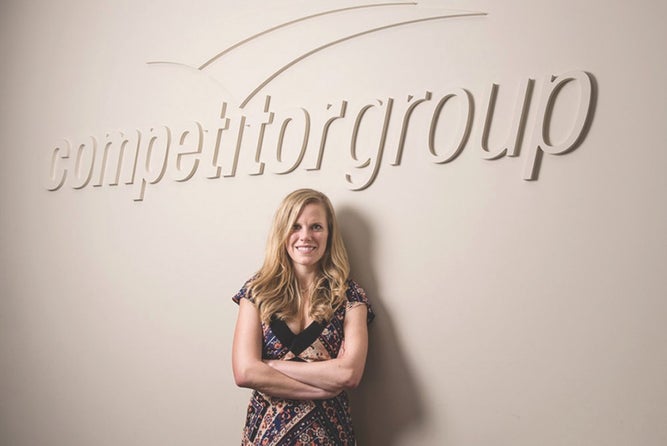 On an autumn morning, I loaded up my brother’s 1999 Toyota Sienna and drove 1,000 miles from Brooklyn to Florida, everything I owned stuffed between the minivan’s sliding doors. Through New Jersey rest stops, South Carolina rainstorms, Georgia greenways draped in moss and finally Florida streets so bright they looked lit with neon, we made it to St. Petersburg, my new home.

Two weeks before, I had accepted the job as editor in chief of Women’s Running, prompting a reloaction to its tiny headquarters tucked into Tampa Bay. At 25 years old, I was laughably unqualified to lead a national brand—my previous position was assistant at a large book publishing house—but unlike other editors, I was inexpensive, game to move out of New York and not self-aware enough to realize that there was a good chance I wasn’t quite up to this task.

At the time, the opportunity felt like a lucky lark. I viewed the move as a long, career-boosting vacation that would sooner than later bring me back to New York. Playing editor in chief seemed like a challenging game. I was ready to give it my all with blessedly low stakes.

That was seven years ago, and as it turns out, I was not embarking on a vacation; I was starting my adult life. Women’s Running has been the cornerstone of my identity for nearly a decade, and now as I pass the baton to the delightfully talented Rebecca Warren (this will be my last letter), there are people I need to thank.

Outsiders are often surprised to learn that only four women make up our small staff. (Open a masthead of any national magazine, and you’ll see a head count three times higher.) Erin Douglas, our art director, Nicki Miller, our former managing editor (she’s now executive editor of Competitor magazine), and Caitlyn Pilkington, our web editor, are the reason why Women’s Running exists. Over the past few years, you have shown what happens when women work together and lift one another up: pure magic. You have been patient through my many mistakes and have poured your hearts into our team in a way that’s allowed me to open my own. This might not be appropriate for a manager to say, but I love you like sisters and that is the truth.

Of the many lessons the role of editor has carried—countless—the most salient has been the power of community. It never seems right to call our members “readers,” because that implies an author/audience dynamic. However, our readers are crucial contributors in this relationship. You are the ones I see writing supportive comments, emailing us your incredible stories, supporting one another on the race course. You define the spirit of this brand, create the fabric of our team and will be the women to lead not just our magazine but our sport, our country, our world (yes!) forward through positivity, support and collective strength.

In my next chapter, I’m transitioning to head the media division for Competitor Group Inc., the magazine’s parent company—but as I leave the post of editor in chief, I’m most excited to accept a role I am fully prepared to handle: Women’s Running magazine’s number-one fan.

Related: Hey Runners! We Have A New Editor-In-Chief!

Don’t Live Near Hills? This Two-Move Series Can Help Flatlanders Get Strong