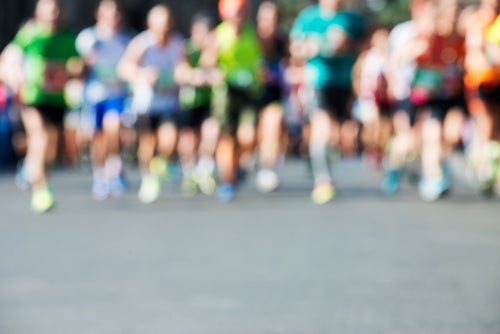 A signature post-race medal photo was the reason the runner-up at the A1A Fort Lauderdale Half Marathon got caught for cutting the course.

According to the Miami New Times and the aforementioned photo, Jane Seo, who is a lifestyle blogger from New York, only ran 11.56 miles of the half-marathon route to “finish” the race in 1 hour, 21 minutes and change. She collected her second-place award, despite initial suspicion from the race timer due to her dramatically faster splits in the second half of the race. Think: 7:09 pace for the first half and 5:25 pace for the second! No way!

Marathon Investigation dug into the issue further in a lengthy post regarding the incident. The website’s investigation dug into Jane Seo’s manually added Strava data, commenting on discrepancies even down to her heart rate and cadence changes. They also zoomed in on one of her official finish photos to see her GPS watch was missing 1.5 miles in the final mile tally. Oops.

While we appreciate her coming forward and fully admitting to cutting the course and covering her tracks on a bike, we are saddened that the second-place honor was taken from the true winner, and the fourth-place finisher missed her opportunity to be on the podium.

Women’s Running covered this event via our Instagram account and, upon finding out about this incident from various sources, immediately removed all photos pertaining to this runner. Thank you to the runners who alerted us.