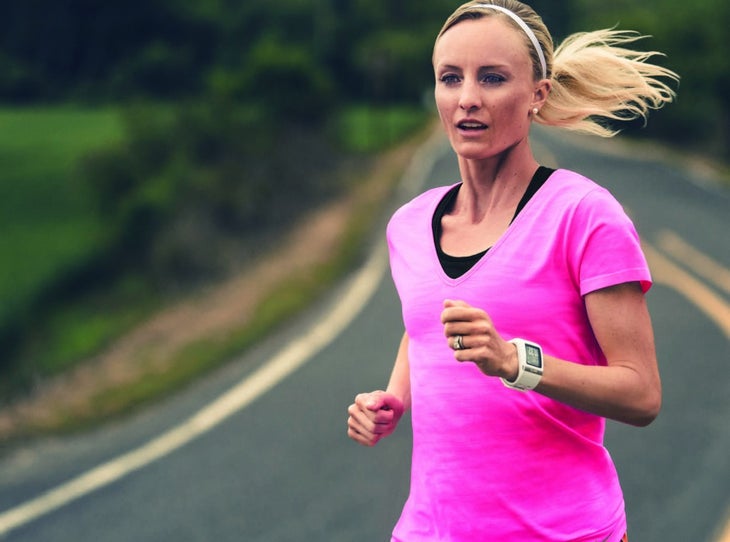 The bombings that occurred during the 2013 Boston Marathon left the nation in shock—and while the country mourned, Shalane Flanagan seethed. For the 33-year-old professional runner and Massachusetts native, the attack felt very close to home.

Last April, Flanagan channeled her anger as the world witnessed an incredibly inspiring race. After months of careful preparation, Flanagan believed that even though she wasn’t the fastest woman in the field at this year’s Boston Marathon, if she ran from the heart, she could land on the podium. Plus, she was the best chance the U.S. had at a medal on the women’s side—further fueling her burning desire to win for her country, her city and herself.

Flanagan took it out from the gun, leading from start. She forced a fast pace, clocking a 5:11 for the first mile, 1:09:27 through the half. But Flanagan wasn’t alone. She was pulling a pack of eight of the fastest women in the world. And, at mile 20, the base of Heartbreak Hill, defending champion Rita Jeptoo surged on to win in record-breaking time.

Still, Flanagan ran an outstanding race. She ended up in seventh place, but her 2:22:02 finish was the fastest time for an American woman in the marathon’s 118-year history. Many credited Jeptoo’s winning time to the speedy pace Flanagan set; the first three finishers all dipped under the course record. Although she didn’t nab the win, Flanagan captivated a nation as she bravely commanded the fastest 26.2 miles in Boston history.

“I prepared for and ran my best race,” she says. “But that allowed others to run their best race too and my competition didn’t give one inch.”

Flanagan said this was the first marathon where she literally ran as hard as she could from the beginning. “From a really young age, my dad instilled in me the concept ‘dare to be different,’” she says. “I had to follow my own path and run my own race.”

Flanagan has more marathons, including Boston and a return to the Olympics, in her sights. But for now, she is enjoying the journey, striving toward big goals. She came close to the U.S. Marathon record in Berlin this October. After setting a US 25K record, Flanagan finished in 2:21:14, making her the second fastest American woman marathoner ever.

“At the end of the day, we are all looking to maximize our potential,” Flanagan says. “By exceeding perceived limits, whether they are mine, my teammates or someone else’s, it can transcend to other things.”

SHALANE’S INSPIRATION
This speed queen says, “Everything inspires me—having the freedom to train, seeing different parts of the world, amazing vistas, those who paved the way in running, the people I meet at races, my teammates, my parents, my mentors.”

CROWD SUPPORT
The Boston Marathon is stronger than ever, but the victims of the 2013 bombings still need our help. Visit onefundboston.org to learn more.