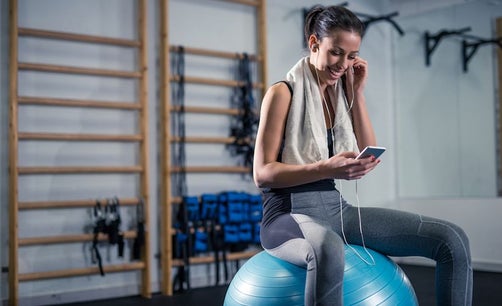 Imagine Dragons are an anomaly in popular music in two particular ways: they make hits, and those hits endure. Rock music has been largely overtaken on the airwaves in recent years by other genres. At the time of writing, there are only two bands aside from Imagine Dragons with songs in the Top 40: Maroon 5 and Portugal. The Man. Imagine Dragons’ appearance on the chart comes courtesy of “Thunder,” which has been on the Billboard Hot 100 chart for 47 consecutive weeks—and is still holding steady at number 22. Given that this feat is impressive in two ways—it’s a rock song breaking through and has lingered for nearly a year—we’ve compiled 10 running songs that share its DNA.

Amongst the other ways in which Imagine Dragons is an outlier, the band’s sound is also tough to pin down; for example, “Thunder” balances elements from rock, rap and club music. On the rock front, you’ll find below tracks with a similar feel from The Vamps and The Score. On the rap front, there’s a four-way collaboration featuring Wiz Khalifa and a Chainsmokers song inspired by (and named after) Kanye West. On the club front, you’ll find beats and loops courtesy of Zedd and Matoma.

For the folks who’ve kept “Thunder” on the charts all this time, the song’s longevity is a blessing and a curse. On one hand, it’s nice to find a tune with broad and lasting appeal. But because there’s nothing else like it on the charts, it may be tough to find songs to complement it within a workout mix. To that end, we’ve compiled an assortment of sounds that might keep Imagine Dragons company on your playlist. So, when you’re ready for something new, our picks are below.

To find more workout songs, folks can check out the free database at Run Hundred. Visitors can browse the song selections there by genre, tempo and era to find music that best fits their particular workout routines.

Rock Your Run: 10 Recent Songs Above 145 Beats Per Minute