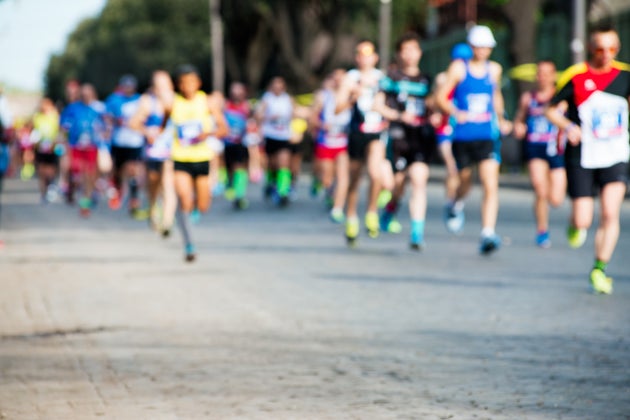 There are a lot of reasons why I’ll never be an Olympic distance runner, the most obvious of which is my underwhelming athletic ability. But let’s just say I was blessed with the genes that make the Olympics a possibility—there’s still plenty of reasons why it will never happen. You won’t find me sporting the ‘ol red white and blue in Rio this month, but you will find me cheering loudly on my couch, where I belong.

The camera is always on.

I don’t have much of a poker face unless I’m really concentrating on it, so you’d see everything I was thinking right on my face. Remember the whole “McKayla is not impressed” meme? Multiply that by 10 and you have a close approximation of my resting b*tch face.

From coaches, teammates, competitors and fans alike, people everywhere are trying to hug you when you’re an Olympic athlete. I’m not that into hugging, and I’m even less into hugging when I’m sweaty, you’re sweaty, and I’m trying not to collapse from exhaustion.

Revealing uniforms.
The thought of baring my stomach and thighs for the entire world to see is laughable. “Runderwear” is a really thing and I totally get it, but you will never catch me wearing it. I’d probably feel differently if my body was sheer muscle like Shalane and Amy’s are, though.

Too little junk food.
I like to think that I eat a pretty healthy diet and fuel my body relatively well, but I’m not going to pretend for one second that I fuel myself like an Olympic athlete. Last I checked, there isn’t a wine drinking competition, so it appears the world is not yet ready to see me perform in my best sport.

You can’t wear face paint during competition.
I feel like this is tremendously unfair. If you have to wear those tiny uniforms, you should at least be able to cover your face with something extremely patriotic and cool, like a screaming bald eagle that is swooping in on the competition while carrying an American flag. You know where you can wear face paint like that? On your couch, in front of the television.

I’d ugly cry every time I heard the national anthem.
My ugly cry face is not fit for the international stage. Trust me on this one.

Oh, and then there’s that whole matter of having running and training be your job. I’m impressed with myself if I adhere to every letter of just one week of my training plan, let alone having my livelihood depend on it. The dedication, talent, and hard work of our Olympic athletes is truly inspiring and something to revere. So if you need me, I’ll be on my couch for most of the month of August, ugly crying every time the national anthem comes on and hoping nothing smudges my American flag face paint.