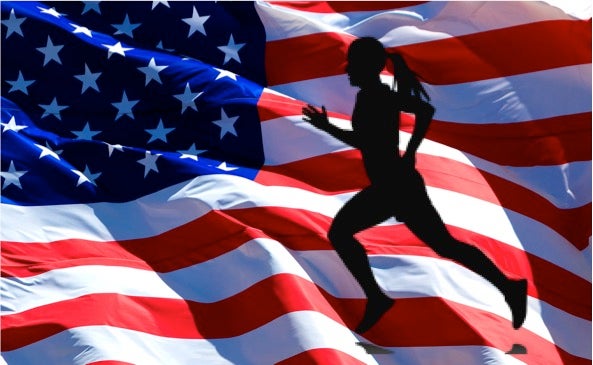 Unless you’ve been living under a rock (buried underground, under a bigger rock), you know we’re in the middle of a major presidential race. Everywhere you turn, the candidates are in your face, promising to change things and make your life better. Depending on your political leanings, you may be a little concerned about the country’s future. But Democrat or Republican, we can all agree that if a runner ran for president, the country would be in very good hands. Here’s how a runner would totally dominate all the hot-button issues the candidates are currently facing.

Schools will be encouraged to eliminate the stigma of the junior high mile run by embracing the social media campaign #irunforfun #norunnerleftbehind.

It will be illegal to produce any more “10 Reasons Runners Are So Annoying” lists on the internet.

Runners will be allowed to wear flip flops without fear of being harassed about the state of their toenails.

All states must take measures to reduce carbon footprints and provide cleaner breathing air for runners. Additionally, runners themselves will be required to wear deodorant but refrain from potent cologne to protect the aforementioned clean air.

Clean water will be available everywhere to all runners, including that one funky-tasting water fountain in the park.

Public transportation costs will be eliminated from the federal budget; instead, lawmakers will plan for a quarterly $100 stipend for all citizens to buy sneakers so they can just run where they need to go.

The runner’s high will be officially legalized in all 50 states.

Retiring a popular, runner-favorite sneaker model will be considered a felony. Changing the fit of the perfect sports bra will be a misdemeanor.

All workplaces must provide a mandatory one-hour lunch hour to work out with an additional 15 minutes built in for showering.

Lame team-building retreats will be replaced by office-wide couch-to-5K programs.

All runners will receive a 50% discount on health insurance for having such a healthy habit.

Conditions such as runner’s knee, plantar fasciitis and IT band syndrome cannot be considered pre-existing conditions.

Taxes on all running gear will be abolished.

Taxes on the pizza and ice cream a runner is tempted to scarf after a hard run will be raised.