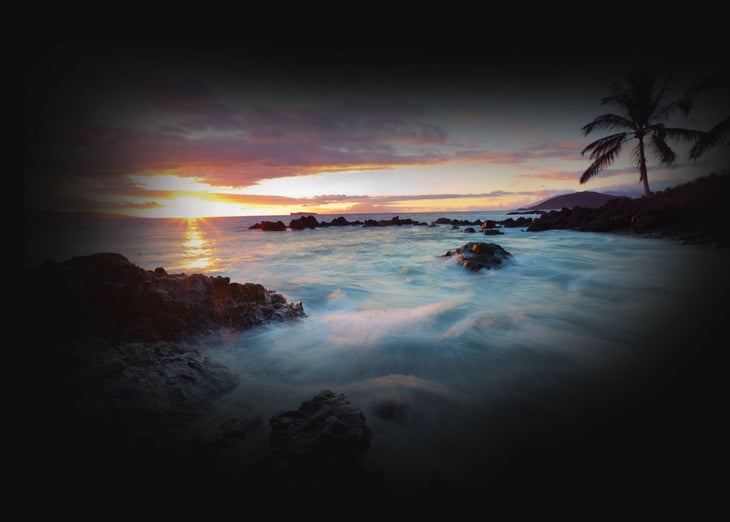 When an easy jog by the beach turned into a living nightmare, runner Sheri Ball-Garcia fought back. twenty-one years later, she’s still fighting.

September 16, 1992 started off just like any other Wednesday for 28-year-old Sheri Ball-Garcia. She woke up early, before sunrise, slipped on her sports bra and running shorts and laced up her new Nike sneakers. At the time, she had been logging 50 to 70 miles each week. That morning, she planned to run an easy five miler.

Sheri had arrived in Kaanapali, Maui for work, with her husband a few days before, the first trip they’d taken without their 2- and 5-year-old boys in tow. As she was getting dressed that morning, her husband offered to ride his bike to keep her company on her run, if only she’d go a little bit later. But Sheri assured him she would be fine. He should sleep, she said. It was 5:30 am.

A running prodigy, the blue-eyed, blonde-haired California girl grew up on the track. She began running at the age of 8, and by the time she was 11, Sheri had clocked a 5:11 mile. She took some time off in her early 20s to get married and have kids, but she was still ranked third in the nation as an age-group runner in the mile. Her next big goal was to try to qualify for the 1996 Olympic Marathon Trials.

It was still dark as she strode toward the Honoapiilani Highway, moving in the direction of Lahaina. Sheri knew that the sun would join her soon, and the road was well exposed. She felt safe, strong, and in awe of the natural beauty surrounding her. The first two miles blew by, and then, in an instant, she felt something complete different—someone’s fingers on her arm.

“I didn’t see him crouched beside the guardrail, but he was roughly 220 pounds, nearly six-feet tall, and he just grabbed me, spinning me around and totally disorienting me,” says Sheri, whose slight build was no match for her attacker. First, he punched her in the face and broke her nose. Then he grabbed her by the elbows and flung her over the guardrail, onto a lava rock beach beside the highway, where she’d be out of sight from passing cars.

“I’m lying facedown, and he’s using my ponytail to bash my face into the rocks for three or four minutes straight,” she recalls. He went on to use his fist to sexually assault her until she bled. “The louder I scream, the harder the beatings get, but I don’t stop. He says, ‘I’m going to f*** you and kill you.’ I respond, ‘Please, I have two small children. Do anything you want—just don’t kill me.’” And then he dropped his pants.

“At that moment, I knew I had a chance to escape. He couldn’t move with his pants around his ankles. I knew I couldn’t run down the beach…but the water was about 8 feet away, so I just dove in,” says Sheri. She rushed through the surf without looking back until she found a buoy. Sheri clung on and started to scream. Almost instantly sirens began to sound. Five squad cars pulled up to the spot on the highway where she was first attacked. A young boy who lived nearby had heard screams. Thinking there had been an accident, he called 911.

Not That Same Person

“A pure rush of adrenaline pushed me back to shore, yelling, ‘I’m here, help!’ I climbed up the beach, and a police officer was walking toward me. He literally passed out as soon as he saw me.”

Sheri had 13 fractures to her skull and seven to her nose, her two front teeth were knocked out, and she was badly damaged below the waist. Doctors told her that if she had suffered just two more blows to the head, she would have died.

Despite predictions that her wounds would take nearly a year to heal, Sheri began running on the treadmill again within the month. “I didn’t want him to take that away from me. Running has always been my therapy,” she says.

Unfortunately, she couldn’t run away from the horrible nightmares, PTSD and anxiety. “I would wake up screaming in the middle of the night, and my sons would come running into the room,” she says. “How do you tell a 5-year-old and a 2-year-old that Mommy was attacked? We told them that I was on a bicycle without a helmet, and I got into an accident, because they could associate with that, and it wasn’t scary.” [The couple eventually explained the truth to their kids, with the help of a therapist, when the boys were 7 and 10 years old.]

Sheri also struggled to do anything on her own—run, go to the grocery store, take out the trash—without constantly looking over her shoulder. “I still don’t know how to differentiate between someone admiringly looking at you or threateningly,” she says. It didn’t help that authorities were unable to catch Sheri’s attacker. Sadly he’s still at large.

And her marriage suffered. “My husband felt like he wasn’t there to protect me, and I was pretty much a wreck. I couldn’t be touched,” says Sheri. Eventually, they got a divorce.

“In the beginning, people didn’t want to talk about it. They wanted to just go on as normal. But for me, it was like, ‘I’m not that same person I was a month ago.’”

There were times, especially during those sleepless nights, when Sheri thought, Why didn’t he just kill me? Am I going to have to live with this fear for the rest of my life? But then she would quickly stop herself and say, “No. I’ve got to look at the good and keep moving forward. Most people don’t survive. I’m lucky. I have a voice. And if I can use that to save even one other person from experiencing what I went through it’s all worth it.”

In 2010, after 17-year-old Chelsea King was raped and killed while jogging in a community park in San Diego, Sheri hopped on a bus to the state capitol and helped get Chelsea’s Law passed. This piece of California legislature says that offenders who are convicted of one forcible sex crime against a minor are sentenced to life in prison without parole. In most states, it’s three strikes and you’re out.

Chelsea’s murderer was a repeated sex offender, and Sheri is convinced that her attacker was, too. “A woman was assaulted half a mile up the beach from where I was the year before, suffered the same head injuries, and she did not survive.” Sheri believes more states need to pass similar legislation, where after one strike, you’re out, and not just for assaulting minors, but also for assaulting adults.

As one of the guest speakers at the annual Finish Chelsea’s Run 5k, Sheri reminds runners that no one is too busy to make safety a priority. “Runners often tell me that they have to train super early, in the dark by themselves, that there is no other time. But the reality is that if you do that, there may be no [more] time, period,” she says.

No matter when you train, don’t go alone, and leave the headphones at home, recommends Sheri. “It’s so easy to join a local running club, or reach out on Facebook to form your own group. Try to involve your kids and your spouse in your training, too.”

Clearly Sheri’s passion for running and her relationship with the running community never waned. In addition to her work with the Chelsea’s Light Foundation, she also volunteers with the Challenged Athletes Foundation. “Before the attack, running was my identity. It was all about being competitive, being the best. But post-attack, running is all about my mental wellbeing,” she says. “Doctors wanted to medicate me, but nothing helped. Running helps.”

At the age of 45, Sheri clocked a 3:20 marathon. She consistently logs between 20 and 25 miles a week—80 percent of those are performed on the treadmill, and almost none are done alone.

IN 2010, THE RAPE AND MURDER OF 17-YEAR-OLD CROSS-COUNTRY RUNNER CHELSEA KING UNEARTHED THE DANGERS OF LAX SEXUAL PREDATOR LAWS. AFTER THE INCIDENT, HER PARENTS STARTED CHELSEA’S LIGHT FOUNDATION TO HELP PREVENT FUTURE ATTACKS AND CREATE POSITIVE CHANGE IN COMMUNITIES AROUND THE WORLD.

TO LEARN HOW YOU CAN HELP KEEP CHELSEA’S MEMORY ALIVE, VISIT CHELSEASLIGHT.ORG.