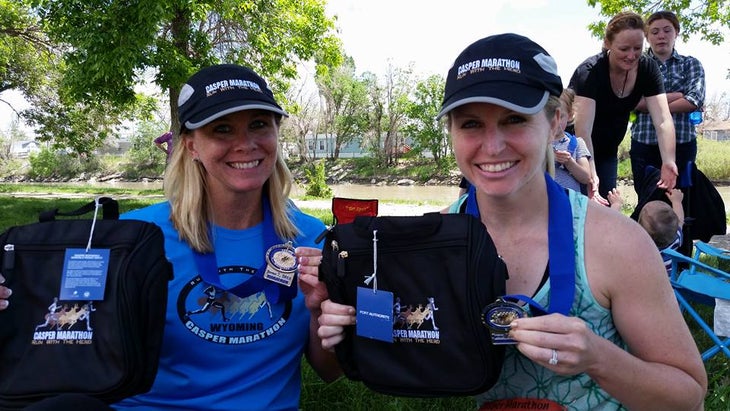 There is an unspoken expectation in running, and in life, that we should be constantly improving ourselves. In running, we (or at least, I) feel pressure to run faster and farther than the day before, to race longer distances at quicker paces. To run more often, to climb more hills, to get stronger. The emphasis is on improvement, and runners who do not constantly improve may be seen as less serious than others.

I’ve struggled with this in the wake of a back surgery last year that left me unable to train anywhere near the frequency or intensity of what I used to do. While I was never breaking any speed records, I was able to set goals and work towards PRs to try to become the best runner I could be. But running is different now. I can’t train as hard or run as often as I used to, and it shows. As a result, I’ve found that I find the sport less enjoyable than I used to, even though it’s not like I was constantly getting faster before. I think in my mind, there was always the possibility, at least. There was this pervasive idea that if I wanted to get faster and decided to really dedicate myself to my goals, I could achieve them. That’s realistically no longer the case.

The result is that I’ve been in a funk about running marathons and wondering what the point is anymore. I wouldn’t say I’m in a funk about running – I love running – but the idea of putting in all those training miles and logging hot summer runs (my least favorite season) with the goal of a fall marathon that I’ll be lucky to finish upright just seems sort of silly. So recently, I spent some time thinking about why I started running marathons in the first place:

You notice what isn’t on that list? Things like “I want to get faster” or “I want to PR in every state.” I think those are absolutely valid and important goals, but they aren’t why I started running marathons in the first place. Somewhere along the way, my priorities shifted as I gave in to what felt like constant pressure to improve. Marathons started to feel like work instead of fun. For an activity that started out as a way to relieve stress and see the world, that’s not ok with me.

Related: The Little Lies I Tell Myself About Running

So now, I’m learning to rethink the way I think about marathons. I maybe (probably) will never PR again with the state that my back is in and the future surgeries I have ahead of me. I will definitely never run the miles that I used to or the number of marathons I used to, since complying with doctors’ orders is a non-negotiable for me. But there are plenty of other things in my life that I can choose to focus on and try to improve in. The only thing I want to change about my marathons is how much fun I have during them, because no matter how many jello shots I take on the course, there’s always room for improvement.