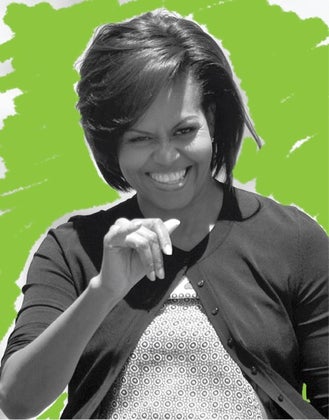 There are very few people with the ability to influence our culture the way the First Lady can. And within President Obama’s two terms, his wife, Michelle, has put a stake in the proverbial vegetable garden, making health and fitness a central part of the national conversation.

Five years ago, Obama set the Let’s Move program in action. Just a few of its accomplishments to date include stricter nutritional standards at large organizations, from Disney to the Department of Defense; free and low-cost athletic programs for children in need; and a “Play Streets” program that shuts down neighborhoods to traffic so that kids can run around outside.

This spring, Obama released a video of her workout routine, which while impressive includes more box jumps than miles. That said, she’s leading the race in ensuring the next generation of runners are armed with the knowledge of how to eat healthy and why it’s important to work up a sweat. “Success isn’t about how much money you make. It’s about the difference you make in people’s lives.”