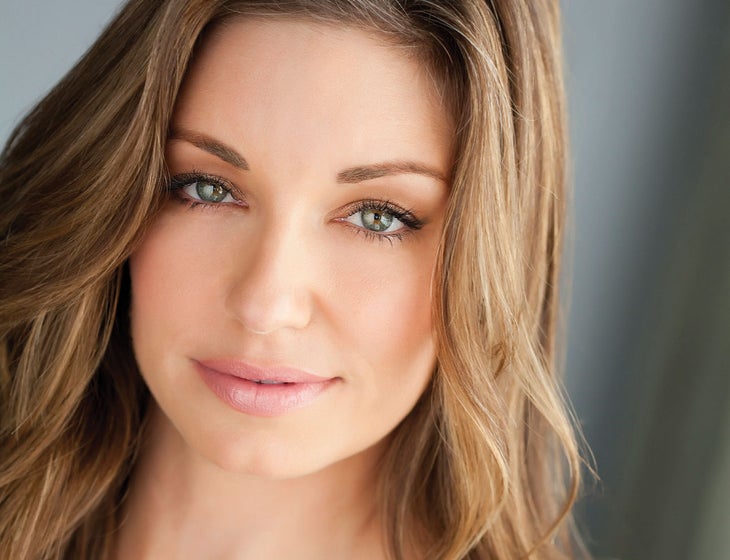 Bianca Kajlich was at a turning point.

Eight years ago, the “Rules of Engagement” actress was reeling from a bad reaction to a thyroid medication her doctor had prescribed, she and had been battling depression and anxiety for years before that.

“I was so tired of taking something to solve one problem, having that create another problem, and then taking something else for the new problem,” says Kajlich, 36. “It felt like a vicious cycle, and I wanted to find a way to feel more in control of my mental and physical health.”

She stumbled upon meditation, which “really just absolutely changed my life,” Kajlich says. “It’s the cheapest form of therapy.”

About four years ago, the actress’s meditation practice led her to Ayurveda. This ancient medical system has origins in India, where roughly 80 percent of the population uses Ayurvedic medicine and aims to balance body, mind and spirit, either exclusively or in combination with Western medicine, according to the National Institutes of Health.

For the Venice Beach resident that means, in addition to meditating daily, she also practices yoga and eats in accordance with Ayurvedic principles, which hold that there are certain foods that can help balance each person’s particular constitution. Kajlich starts every day with a routine that includes about 20 minutes of yoga, five minutes of a breathing exercise, then 25 minutes of meditation during which she sits on a cushion and focuses on her breath.

She says even after years of practice, it remains an exercise in mental toughness.

“It’s not instinctual to want to get up and do that every day, and it’s easy to find excuses why not to,” Kajlich explains. “But my day is completely different when I do it.”

Kajlich says the practice has helped her stay steady through major life shifts. Among those changes: “Rules of Engagement” concluded its final season on CBS, and Kajlich’s next role, the upcoming NBC show “Undateable,” begins.

“You get to the point where you see your thoughts as if you’re watching them go across a movie screen in front of you,” she says. “It’s a nice way to approach life, to be able to go through experiences without getting intermeshed with every little thing  that happens to you.”

The actress carries this attitude over to her running routine as well. She says, “It’s not about getting to the end of the street but about being in the moment and appreciating the miraculous effort my body is making to be healthy.”

Kajlich takes lessons in both athleticism and mental toughness from her younger brother, Andre Kajlich, the reigning USA Paratriathlon Athlete of the Year, who lost his left leg at the hip and his right leg above the knee during a train accident in Prague in 2003.

“I asked him once, ‘How do you deal with it when you’re in a race and you know you have seven hours to go?’” she says. “He told me, ‘I just pretend I’m going to be doing it forever.’ That blew me away. When there isn’t a perceived end, you have to get comfortable in the moment. You have to find a way to be okay with this reality, right now. That way of thinking has changed the way I live my life.”

This Is How Much Sleep You Should Be Getting As You Grow Older, According to New Research