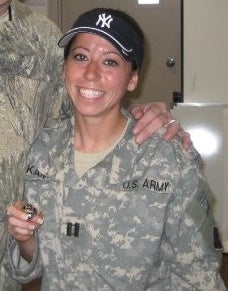 Most runners have a moment ­or time in their life when running went from something they did to stay fit or lose weight or improve their health to something more. A moment when running became part of them. Maybe it was after running a certain distance. Or finishing a big race. Maybe it was during a tough time in their life. But from that moment on, there was a bond with running that hadn’t existed previously.

That moment for me was just over 8 years ago.

I was preparing for a 15 month deployment to Baghdad and felt like my heart was staying behind. I had a demanding position which required working seven days each week and long hours. I was saying goodbye to my boyfriend (now husband!) and my family, including my older sister who was only a few months pregnant with her first child (and the first little one for our family). And it was the third deployment for me in 3.5 years.  I was tired of the back and forth to Iraq, the lack of stability and the constant goodbyes with the people I loved the most.

The first few weeks were tough. I was incredibly homesick. It was the holidays (the first of two consecutive Christmas and New Year holidays we would be spending in Iraq with this deployment). And I was learning the ins and outs of my new job.

But then something wonderful happened. I found an outlet. I found running. 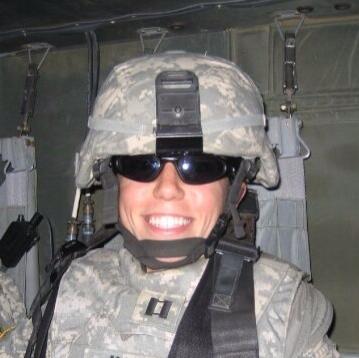 I had grown up playing sports (basketball and softball) and running was always a big part of those sports. I went to West Point where running was a requirement—couple of times a year with physical fitness tests, frequent unit runs and weekly unit sports. I ran on my own during that time (my first marathon) mostly as a way to stay in shape and continued off and on for the years after.

RELATED: Through Running, A Veteran Gives Back To Wounded Warriors

But I didn’t really fall in love with running or let it become a part of me and my life until that deployment.

I ran because it was something I could control when everything else around me was controlled for me.

Running was my constant. It was my friend. It was the one thing that I knew was there – each and every day. Regardless of how busy my day was, I found a window to run – most days it was in lieu of lunch but other days it was early morning or late at night. It didn’t matter if it was for only a couple of miles, a tough speed work along my favorite road or 20+ miles around the entire base.

Running helped me get through the toughest 15 months of my life. And for that, I will always be thankful.