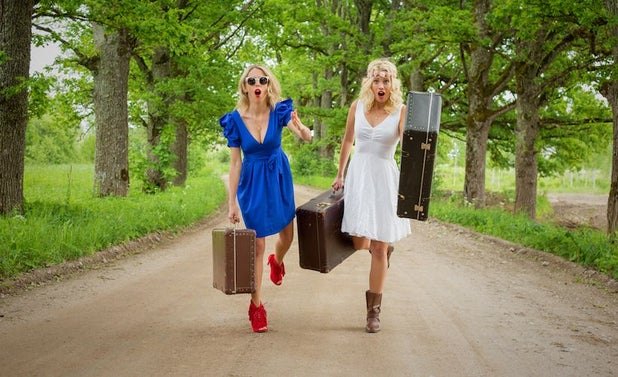 As runners, we get a lot of flak. Nonrunners tease us about our tan lines and giggle about our fartleks. And let’s not forget the dull and distant face they give us when we talk about our training. At this point, I’m kind of used to it, and I would guess you are too.

But there’s one testament to the misunderstanding about runners that still surprises me: namely, Hollywood’s portrayal of runners. I’m sure you know what I’m talking about. Turn on any television show or movie and just wait. Before long, a character will come jogging across your screen in a hilariously awkward manner.

Related: 7 Things Fictional Runners Do That We Just Laugh At

Your actor-trying-to-be-a-runner will do one of two things: Flail their arms and limbs like an unruly windmill or bounce along like a Nike model, barely breaking a sweat. Both are equally entertaining.

There’s Ethan Hunt sprinting out of burning buildings in the Mission Impossible films. His arms pump violently, robotically, as he moves. There’s Jim Halpert jogging in the Fun Run Race for the Cure in my favorite episode of The Office. Even the Hallmark Channel writes a plucky runner into movies occasionally. These actors, usually women, somehow run 5 miles without eliciting a single bead of sweat. It’s incredible! They smile and run, clutching their fists and swinging their legs like no runner actually would. Forrest Gump is another perfect example. In one of the best-known running scenes of all time, Forrest takes off from his front porch and runs across the country. Is that plausible in his situation? Not really. Does it make for good entertainment? Yes.

Yes, for every realistic runner, Hollywood gifts us with a hundred tragic ones.

So why do I care? Because it’s important to remember that you aren’t just a funny, awkward runner. You are a real runner. You are part of an inclusive, cool community. It’s a community that is open to all but embraced by few, and as a member of that community, you belong. The world doesn’t understand you. Your neighbors don’t understand you, and your boss probably thinks you’re crazy. But here, in your little niche, you belong.

Save for maybe films that are actually about a runner and her or his sport, there are so many things you can do that an actor’s running can’t capture, no matter how hard they try.

Hollywood can’t accurately portray your sleepy early-morning runs or the victory you feel when you finish a race. It can’t portray your real-life running form, or how that hard-earned form breaks down when you’re sprinting toward a finish line.

Hollywood can never show all of that, and it’s not supposed to. It merely borrows an identity and plays it out in a plot. And for each awkwardly staged running scene that you see, let it be a reminder that you—a real-life runner—are imperfectly perfect. You sweat buckets and you sometimes miss your goal pace marks. You trip and you fall, you get lost in the woods. It’s how you get your miles in; it’s part of who you are. So rather than roll your eyes at the perfectly posed runner that sprints across your screen, let yourself laugh. In my opinion, that actor is a little gift to us. After all the teasing and laughter that we endure as runners, Hollywood has finally given us our own inside joke: awkward actors trying to run.

The 9 Funniest Running Scenes On TV

Costumes That Will Show Off Your Love Of Running