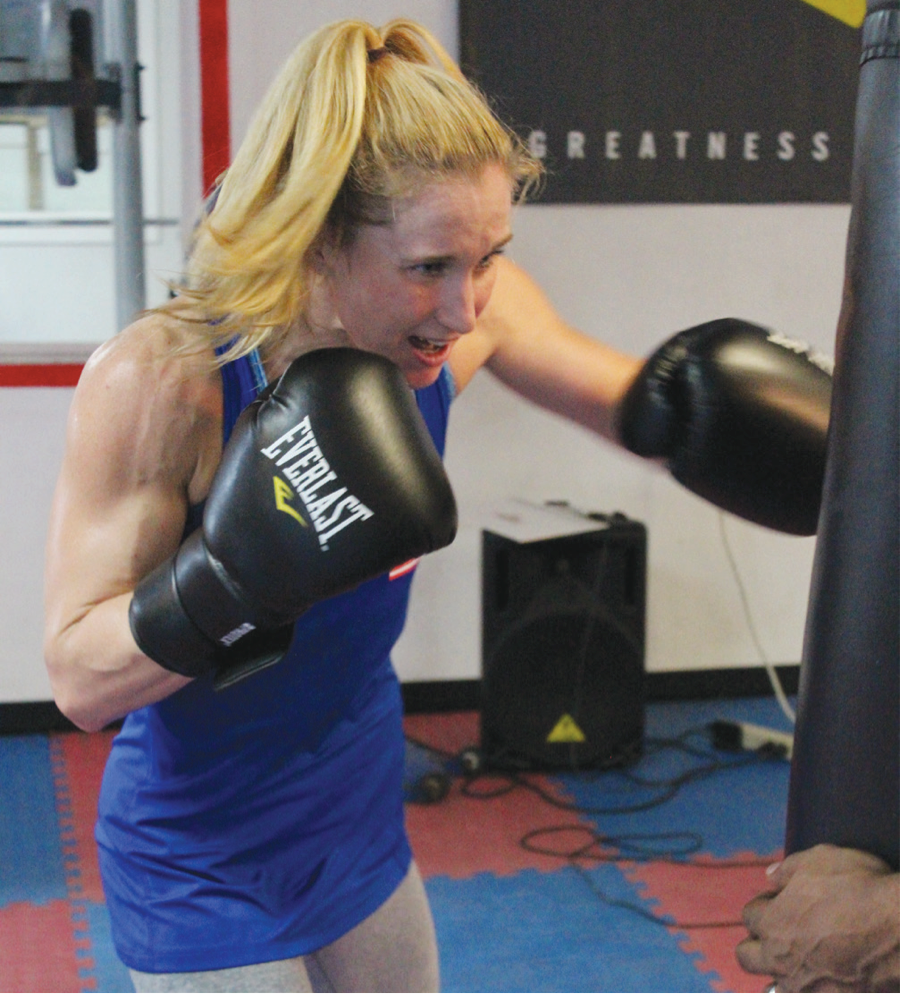 I was the little girl on the playground who was always up for a good race—and often beat the boys. Winning fun runs came easily and sparked a love of competition that still burns strong in my core.

Joining the track team in middle school, I started off running sprints. In high school, I picked up longer-distance running at the urging of my coach, who thought the 1- and 2-mile events were better suited for my speed.

I had no idea that a race as a freshman would shape my outlook on competition for the rest of my life. On a hot, humid afternoon, I lined up for the 2-mile against runners from rival schools. Adrenaline flooded my body as I waited for the start gun to fire. After a loud bang, my legs took off, putting me in the lead from the start. My competition wasn’t intimidated by my early attack and didn’t back off. One particular runner followed me closely, trailing behind so that I could hear her breathing the entire way.

I held my lead until the final 400 meters, when the second-place runner started to pick up the pace. Fighting to keep my position, we ran the final lap side by side. Finally, the other runner made a surprise move in the last second and leaned forward slightly to cross the finish milliseconds before me. She walked away with the win—but I gained a new PR and even set a school record.

While some runners may have let that loss get them down, I used it to fuel my training. Second place wasn’t somewhere I wanted to get comfortable, and I knew that hard work was the only thing keeping me from the top spot. I continued running track that year, setting new school records just to beat them at later races.

Eventually, I walked onto the track and cross-country teams at Louisiana State University, hoping to continue growth in the sport I loved. I didn’t know then that my path would twist in a different direction, and the lessons I learned from running would be key to my future success.

During my first year at LSU, I met a professional boxer who quickly became a friend. After watching one of his fights, my curiosity grew and I started joining him at the gym.

Noticing my natural talent, the coach saw my potential and began working with me as a boxer. Progressing quickly, I won my first 10 fights before experiencing a loss.

Once an announcement was made that women’s boxing would be part of the 2012 Olympic Games, I set my focus on making the team. After graduating in 2011, I made my way through the necessary tournaments and qualified for the 2012 Olympic Trials, getting all the way to the semifinals before I was defeated.

Again faced with an ever-so-close loss, I knew that if I recalled that 2-mile race from high school, I could tap into that same drive. Working hard over the next four years, I determined 2016 to be the year I would make the Olympic team.

Coming into this year’s Olympic Trials, I made my way through the rounds to face a woman I’d lost to five times before. My fight with her was crucial, so I remembered how my running rival scored victory through a slight lean. I willed myself to be the one leaning in to win in this match. My hard work paid off and I defeated my rival, taking over the number-one AOB (Aiba Open Boxing) ranking for the country in women’s boxing.

As I head into summer training, preparing for the world’s greatest competition, I’ll use that same drive I developed years ago on a track at my high school to push forward toward my Olympic boxing dreams.

Running taught me that I have unstoppable drive. I don’t let anything get in my way. It’s my belief in myself that allows me to be successful no matter what I set out to accomplish. If you work hard, dedicate your time and never stop believing in yourself, the sky really is the limit!

More Inspiration:
Get Inspired By The Oldest Woman To Finish A Marathon
How One Coach Inspires Her Son To Run

Runner To Watch At This Weekend’s Millrose Games: Katelyn Tuohy