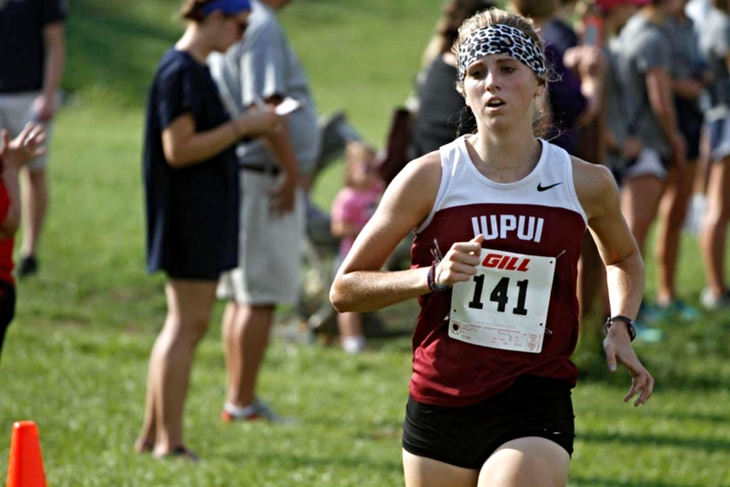 Just over a year ago, in the fall of 2014, I was a freshmen in college at IUPUI (Indiana University, Purdue University of Indianapolis). I was going through a number of adjustments: living in a new city, running on a D1 collegiate team and getting used to college-level classes. Running had always been my safety blanket and up to this point in my life, it was where I put all my time, effort and success. During my first collegiate cross-country race, I collapsed halfway through because my right leg went numb, which made me unable to plant my foot on the ground. I was rushed to the hospital after the race but was initially given no answers.

After many more visits and multiple tests later, compartment syndrome was diagnosed and surgery was scheduled within a week. Other freshmen my age were stressed about finding a routine in college, and here I was, only a month into school, with a lot more to worry about. Running had become my identity over the years, but now I was unable to do it; life seemed lost. I felt so alone even when I had friends come and visit me. I was not only dealing with a physical injury but a mental one as well.

I came back to running only to have another setback: the numbness in my leg started to return. With hopes of correcting the issue, orthotics were made for my shoes. Instead of helping to feel my foot, the inserts over-corrected my form. I ended up with a stress fracture in my left foot. I was then boot-bound for 6 weeks of indoor and outdoor track seasons with no chance of racing.

I was able to resume training with minor setbacks in late May and was excited for the upcoming cross-country season. I was able to run, and finish, my first collegiate race in fall 2015. My subsequent races did not go as well however—I collapsed twice, more due to my leg numbness. There was so much emotional pain because I knew I was capable of racing and performing at a higher level. I didn’t want to sit out. Instead I chose to get on the starting line with an uncertainty of not finishing each race. Over time my leg only got worse—my calf swelled, my leg was cold from the knee down and I lost feeling in my foot. Many ER visits came and went, and not much was learned.

Finally it was discovered that I had a blocked artery in my calf because it was being compressed by my muscle. The doctor said I was likely born with the artery compression issue and just was not aware of it until now. There was a lack of blood flow down to my foot which was causing the numbness and temperature drop in my right leg. I was scheduled to see a vascular doctor who confirmed these suspicions with much more testing. After receiving the results, I was then scheduled to have popliteal artery release surgery in November 2015. After surgery I wasn’t able to run for 6 weeks before slowly easing back into training and rehab. Currently I am up to running five miles and I’m feeling good. 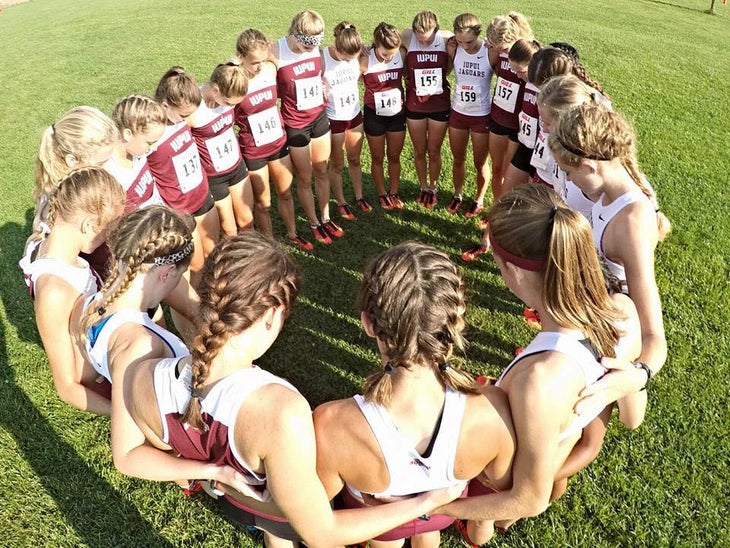 Without the help from God, my supportive family, my teammates, coaches, IUPUI athletic trainers and everyone else who was beside me, I would have never found the strength to stay positive. I was told I had every right to give up running because of all I had gone through. And believe me—I had thought about it! However giving up would mean that everything I had accomplished up to that point would have been for nothing. I have a team, who has become my family watching me and I couldn’t set the precedent that quitting was even an option.

Running, and life in general, will never be easy. At some point there has to be a conscious decision made on how you are going to live through your pain. I chose to stop caring about receiving attention and pity and to start caring about how I could use my story to help others. I have to believe, and I still do, that these surgeries were not to make me better or fix me physically. They were to help someone else overcome trials of their own. I did not just go through two leg surgeries to become a better runner. That’s too simple. God has a different, more meaningful plan for my life and that is the path I plan to follow.

Don’t Live Near Hills? This Two-Move Series Can Help Flatlanders Get Strong