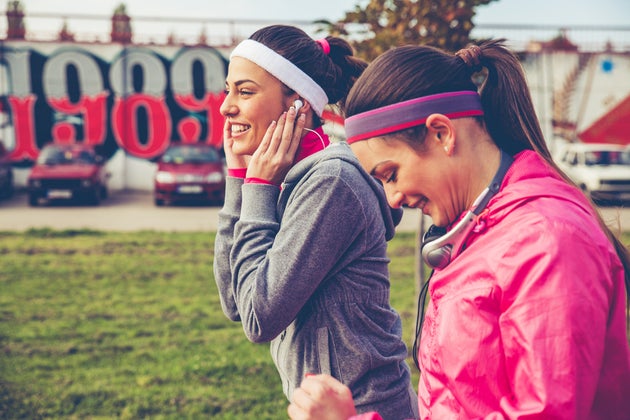 Television’s biggest stars will be convening in Los Angeles later this week to celebrate each other’s achievements at the 68th Annual Primetime Emmy Awards. While America waits to see whether Game of Thrones or The People vs. O.J. Simpson emerges as the night’s biggest winner, we thought it’d be interesting to highlight some big winners for your workout playlist. To that end, this week’s mix focuses on dynamic songs you heard first (or heard most) on TV.

The obvious picks here are theme songs–like The Rembrandts indelible contribution to Friends and one of The Who’s many ties to the CSI franchise. Next up, there are songs that featured on pivotal moments of shows–like “Don’t Stop Believin'” from The Sopranos finale and several, conspicuous appearances of “The Final Countdown” on Arrested Development. Finally, you have songs that came to fame on the commercials between shows–like Dirty Vegas’ breakthrough single and Feist’s sole Top 40 hit. On the whole, the virtue of these songs is that they may be already lodged in your brain, so adding them to a workout playlist is a simple way to freshen up a  mix with songs that already feel familiar. With all that said, here are our favorite picks–listed along with the show or commercial in which you may have heard them.

Run To These Upbeat Songs From TV