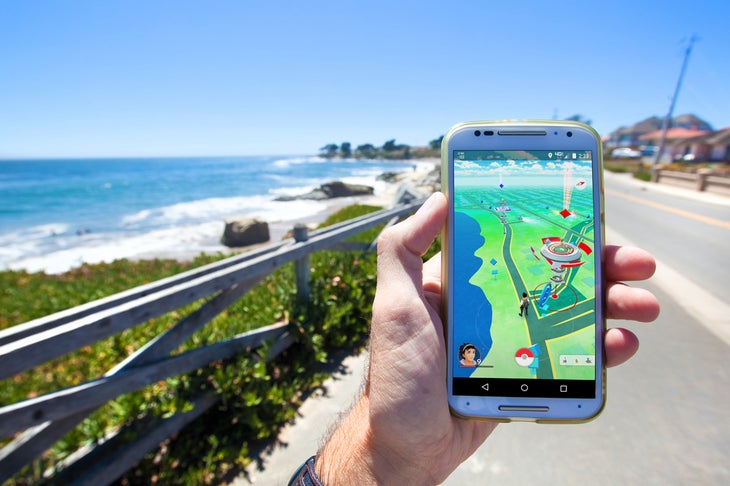 This guy in Brooklyn—Nick Johnson—caught literally every Pokémon in the Pokédex (at least the U.S. ones), which means he took the whole “gotta catch ’em all” very seriously. Crazy, right? What’s even more crazy is he lost 10 pounds just from playing the game, according to a report on Buzzfeed.com.

Johnson walked an average of 8 miles a day to nab each little critter in the uber-popular augmented reality smartphone game. During his adventures, he rose his way to level 31 (to compare, the highest-leveled person we know who is playing is on 11), caught 4,629 Pokémon in total (what?!?!), hatched 303 eggs (if you’re familiar with the game, you have to cover X amount of kilometers to hatch each egg, anywhere from 2K to 10K to hatch a single one), covered the equivalent of 95 miles, and dropped a whopping 10 pounds. Even as players climb the level ranks, you have to work that much harder on each level to evolve to the next, meaning more walking and covering more, different ground to find new Pokémon to catch.

And before you point fingers and think this guy has no job and no life, think again. Johnson works upwards of 50 or more hours a week (for a tech company, because duh). “So I do that during the week, and then after that, I would go out at about 6:00 p.m. and stay out basically until I had to go home and pass out,” he said.

It makes sense, since people are creating literal workouts around the game. We just have to wonder how elite runners, who travel the world to run a lot of miles, would fare at the game, especially with access to the elusive Pokémon not available in the U.S.