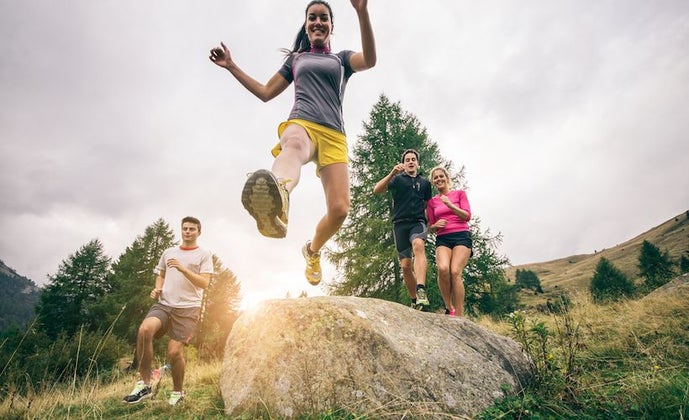 I’ve never been without a team. From the moment I started running as a young kid, I had an entourage of neighborhood kids to pace my laps around the house. Maybe that’s why it was so startling when my collegiate running career ended five months ago, and I found myself completely alone. Once an anomaly, solo mileage became the norm. And while I very much enjoy the freedom of an occasional quiet run, I quickly grew bored of my own company.

So, I turned to local running stores. Luckily, there are three of them within a 2-mile radius of my house. In no particular order, I began visiting stores in hopes of finding some running buddies. Store A was friendly but gave me the contact information of someone who never responded. Store B was slightly friendlier and slightly less helpful.

By the time I ventured to Store C, I’d tempered my hopes of finding anyone who would want to run with me. On the contrary, I found a bunch of ultrarunners who were excited to have me join their Monday evening running group.

At first, I was a little annoyed. It was a small group, and on some weeks, there was no one running at my pace to keep me company. Even so, I started to look forward to Mondays. Over time, more people started to show up and I started to have reliable running buddies! It reminds me of an interesting old saying: “If you want a friend, be a friend.” Perhaps the same is true of running: If you want someone to run with, go be someone to run with. And that’s what I have done.

It’s taken a few steps outside of my comfort zone, but it’s also been completely worth it. I’m meeting new friends who share my love for the sport and are offering valuable perspectives that I have not experienced in my own running career. Whether they are first-time joggers, ultrarunners or weekend warriors, these new friends are giving me a greater appreciation for running and a heightened level of humility.

Every week, we take a post-run picture, a symbol of our growing community that is as quirky and random as we are. I’ve grown to love this photo op. For one, it’s a reminder that, week by week, I’m building a “running team” of sorts for my post-collegiate life. Even if that team is only present for a few miles on a Monday evening, it makes a huge difference in the rest of the solo miles I run during the week. I know that, rain or shine, we’ll all gather again on the next Monday evening and share highlights from the week, as well as a few goofy pictures.

4 Reasons To Join A Running Group This Year

Your Three-Step Guide To Joining A Running Group

The Power Of Running Communities