Today is was announced that Apple’s OS 10 update will include some new, diversified emojis. Mashable reports that the update includes a female runner emoji, something Olympian Molly Huddle called for back in October 2015. 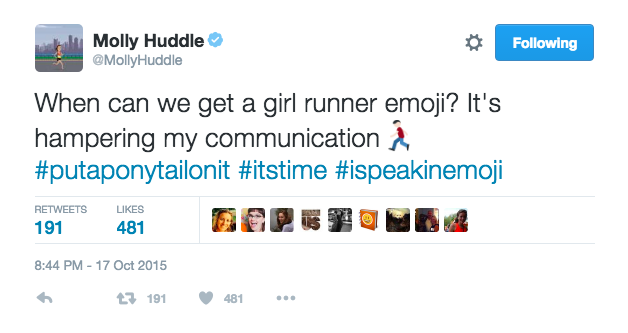 In the past, we asked Molly whether her claim to fame was her success in running or her viral campaign to get a #RunnerGirlEmoji created, she said it was probably the latter. She admits she’s surprised by her newfound status as the emoji queen but also welcomes it—she loves emojis!

It looks like Des Linden was the first to congratulate Molly on the announcement: 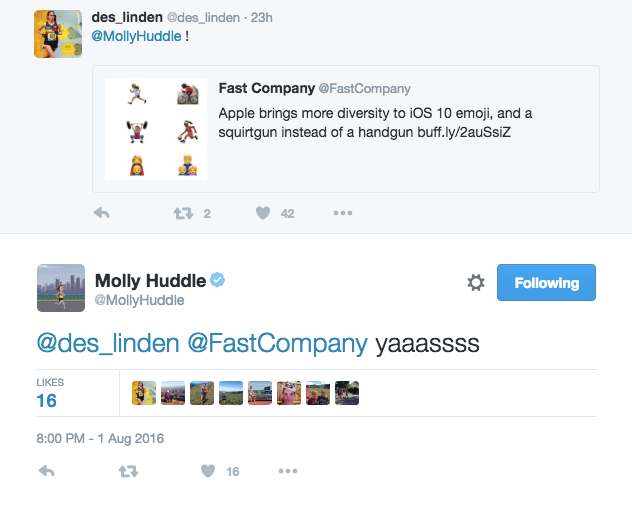 We can’t wait to use this runner girl with the new update!