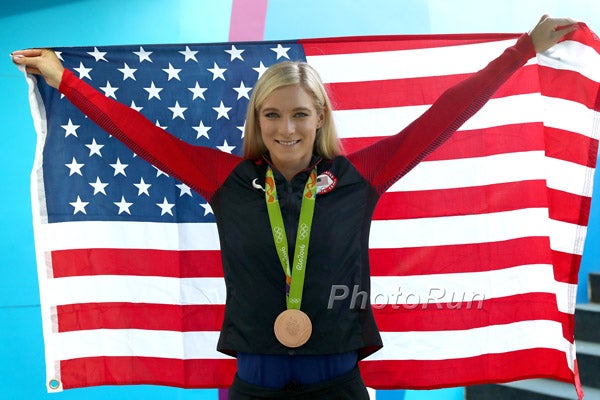 Eighteen Olympians—including five medalists and 16 athletes who competed in Rio—will headline the 36th New Balance 5th Avenue Mile, the world’s most iconic road mile. According to a press release from New York Road Runners, the event will feature 6,000 runners over the course of 23 races, including special heats like the NYPD/FDNY Mile, the George Sheehan Memorial Miles for runners 60 to 70+, and the women’s and men’s NYRR Road Mile Championships. There will also be a youth mile, shorter-distance kids’ races for kids ages 2-6, and a youth wheelchair invitational.

Who Is Racing The 5th Avenue Mile?

Names that are racing and of interest to those who drooled over the Olympics are people like Jenny Simpson, who finished third in the 1,500 meters in Rio, and she’s also won this race four times. Emma Coburn, who finished third in the steeplechase in Rio, earning America its first-ever medal in the event, will also compete with her teammate Simpson. Kate Grace, who made everyone cry when she made the 800-meter team in Rio, will race down 5th Avenue too. Emily Infeld, who was all smiles after making the Olympic team in the 10,000 meters, will also compete with teammate Shelby Houlihan. Other people competing include Amanda Eccleston, Morgan Uceny and Katie Macky. Ida Keeling is the 101-year-old NYRR Senior Strider and official tape-holder for George Sheehan Memorial Mile.

The event is going to be a fast post-Olympics showdown between some of the top names in our country, and we are basically very jealous of people racing and in attendance—including Jess Underhill of Race Pace Jess, who will take over our Instagram for the day, and Michele Gonzalez of NYC Running Mama, who is competing!