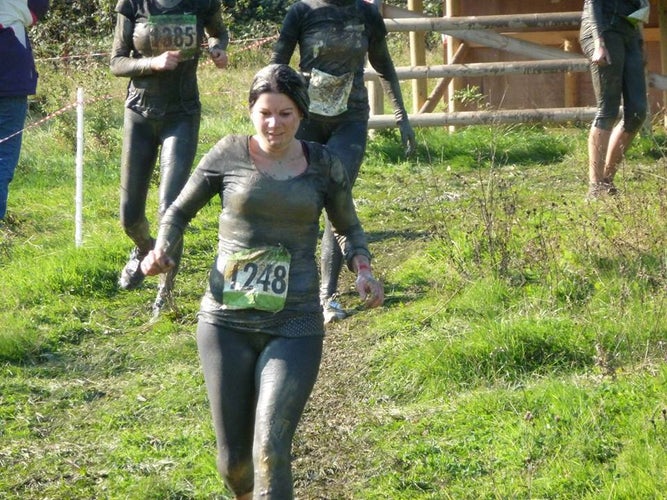 I am an official mud monster. If you don’t believe me, I have the medal, t-shirt, bruises and grime to prove it.

Sunday is the day of rest, a day meant for chilling and possibly a day for going for a gentle run along the beach, but I wanted to do something different. I took part in an epic 5K race, which included steep hills, bomb holes, tunnels, river crossings, obstacles and mud—copious amounts of mud.

I thought a 5K race would take me half an hour; what a fool I was! I stupidly didn’t read what I was getting myself into because I just wanted the title of “mud monster.” Why? I don’t know because I don’t even like mud that much, even less so now that I am still picking it out of my ears over a week later.

As for the race taking half an hour, I misjudged that by about an hour and a half. Thank goodness I went for the 5K race and didn’t push myself to do the 10K or even the 20K; I am not exaggerating when I say that I would not be here right now. I’m pretty sure I would have ended up in hospital.

It started off okay—the sun was shining and we did a gentle warm-up before we set off, I thought it was a lovely way to spend a Sunday.

The first challenges were hay bales that were covered in plastic sheeting. At the time, I thought that it was going to be easy if that was what it was going to be like the whole way around. However, by thinking that, I stupidly set myself up for an epic fall into a deep, muddy bog. I had images of the moment in “Titanic” when Jack and Rose were in the ocean freezing to death when my body fell not so gracefully into the brown water. Screaming didn’t help as that only made another place for the mud to go.

I ran as fast as I could when after I clawed myself out of the hole, but I just looked like I was one of those cartoon characters where their legs move but they don’t go anywhere because the grass was so slippery. Laughter really is the best medicine in situations like that, and it really helped me get around the course.

I had completely forgotten about the hay bales at the beginning of the course once I started climbing under cargo nets and over walls and carrying tyres, which I have added to the list of things I hate, I can honestly say that I will never carry a tyre again in my life.

What took me by surprise more than anything else though were the other people that I was with.  Being on my own, I was very vulnerable. The course was slippery and relentless, but whenever I came to a part where I needed help, there was always someone there for me. They encouraged me, and at one point a group of boys even held a branch for me to grab hold of when I couldn’t get out of a bog. I will always be grateful to everyone that helped me because I really, truthfully couldn’t have got through it by myself. It just wasn’t physical possible.

The hardest part was when I came to a sign that said I had run 2K, which meant that I still had 3K to go. I felt like crying. I’m not one to give up, but at that moment I wanted to scream and walk away. The trouble was that I was in 170 acres of fields and had no idea how to get back. My only option was to suck it up and carry on with the rest of the course.

Eventually after nearly two hours, I made it to the end happier than ever to see a shower—even though it was a cold one. Though it was an experience and I am glad that I did it, I think that for the next few Sundays I will stay on my sofa and earn the title of ‘biscuit monster.’