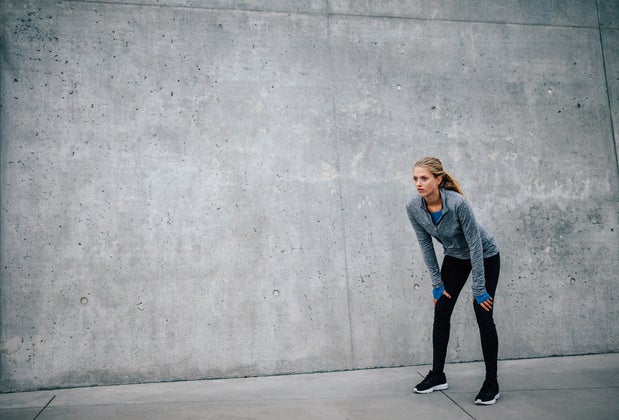 Finish this sentence: You’re not a real runner if…

Should you need help filling in the blank, just check out social media on any given day. Inevitably you will read something defining who is and who is not a “real” runner and then you will probably find at least double the amount of those who refute the claims.

A few weeks back a professional runner tweeted out, “If it’s too cold for a run, you’re not a runner.” A copy of the tweet reappeared in my Facebook feed, by someone taking issue with the runner who wrote it, calling the tweet “shameful” and “disrespectful.” There were almost 100 comments supporting the opinion.

Then there are the ads.

A few years back, cycling gear and apparel giant Pearl Izumi, angled for a bigger slice of the running pie and subsequently ran an ad campaign aimed at their target audience. The problem was they misunderstood who their audience was. The ads generated a lot of press, but not quite the press they were seeking. One such ill-fated print ad titled, “The Marathon, Once A Test Of Will, Now A Test Of Patience,” talked about how running 26.2 miles should be about more than beating the sun and, calling anything less than a fast effort (or “moseying across the finish line”) disrespectful to the distance. Another one of their ads was titled, “We Are Not Joggers” and still another, “The Marathon Is A Race To Be Run, Not A Box To Be Checked.” You get the idea.

In August of 2016 Pearl Izumi announced they would be leaving the running category to focus on cycling and triathlon.

Most recently, the running shoe and apparel company New Balance was skewered for their ad about “having a body doesn’t make you an athlete” in January of 2016, which they immediately pulled after the social media backlash from their audience.

So, who is this audience and, if they consider themselves runners why are they so offended?

Mainly due to social media, runners are often put off when someone (especially elites) or something (major corporations) try to set parameters for what makes someone a runner. This all begs the question, why are runners obsessed with inclusion and why do we need a professional athlete or a shoe company to justify our identity?

As a runner myself I understand how scary it can be when you’re starting out and simply trying to run a few miles a week, figure out all the jargon and gear and maybe run your first race. I can certainly understand the need for wanting to be welcomed by and into the running community, if that is your definition of inclusion.

What I cannot understand is getting upset by a tweet or an ad that you happen to not agree with and then attacking the person or company who wrote it. In a way, isn’t that response in the same category as what you think they are doing? If a group of runners start a backlash toward a person for a tweet or a company for their beliefs, aren’t we then just doing to them what we think they are doing to us?

Perhaps it’s because runners know who they are not. We are not joggers. We do not exclude anyone who puts on running shoes and heads out the door. We don’t label based on finishing times, outfits, weight, experience or ability and when someone or something else does, it sparks a fire.

As a result, anyone who tries to exclude, becomes the excluded. Which brings us back to who decides who is in the superior category deemed “runner” and who is not.

Here’s the thing, and maybe the greatest things about running—it can be all yours. No one can either bestow the title of “runner” upon you, nor can anyone take it away. Running is something that comes from inside, born from many miles or just a few, from years of hard earned PRs or that one time you finished a 5K.

Way back in 2008 I had been training for my second marathon and aiming at a BQ (Boston Qualifier). At the time, I had to run an 8-minute mile pace to do it. A few weeks before the race, I confided my big race goal to another runner. She laughed and told me there was no way I was capable of succeeding. Two weeks later, I qualified with 10 minutes to spare.

Only you can chose to believe if you are a runner or not.

Which will you choose?