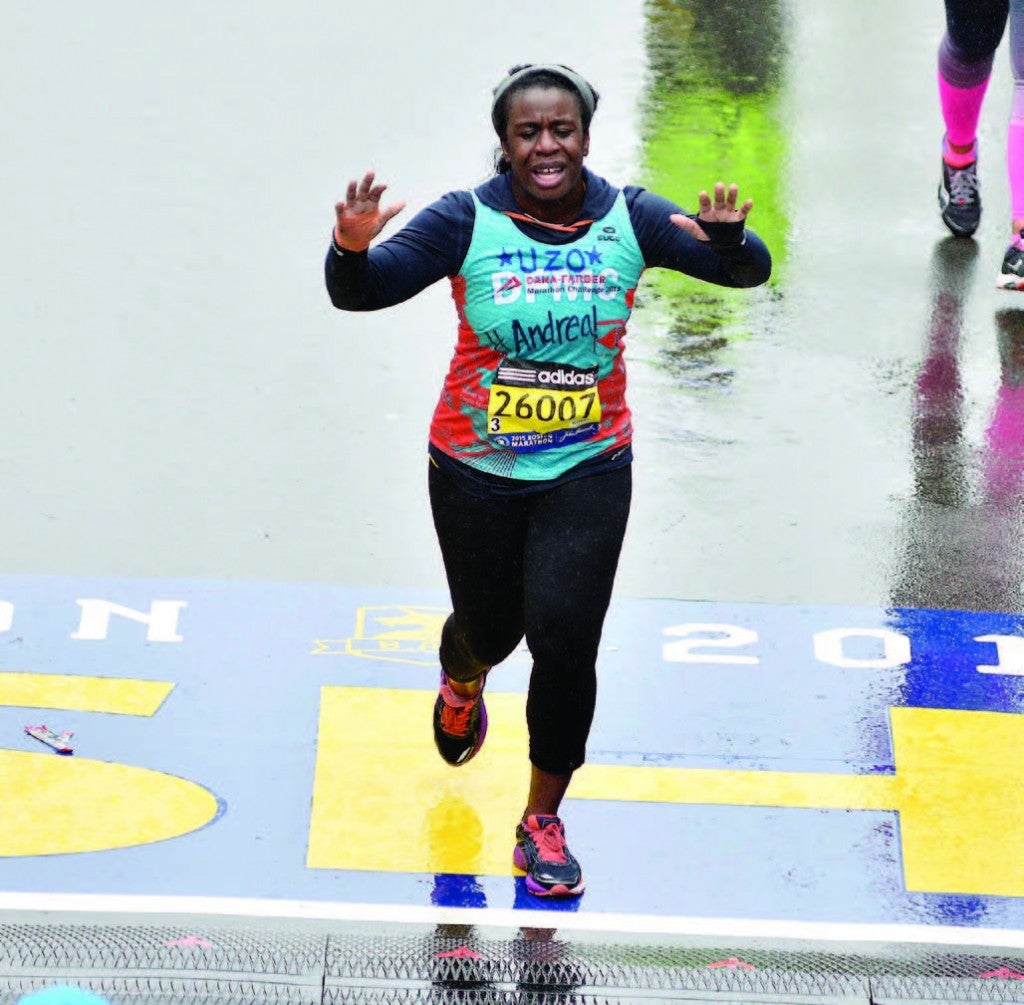 Just like her scene-stealing Suzanne “Crazy Eyes” Warren in “Orange Is the New Black,” Uzo Aduba is a multifaceted character. At 34 years old, Aduba is an Emmy winner (for her role on “OITNB”), an opera singer (she’s performed at the White House) and a former track star (she attended Boston University on an athletic scholarship).

In 2013, the college sprinter added marathon finisher to that impressive list with a 5:17 finish at the New York City Marathon, where she ran for Team Continuum, a nonprofit that helps cancer patients pay essential non-medical bills.

Aduba again flexed her endurance muscles this April, when she ran the Boston Marathon (5:03:24) to raise funds for the Dana-Farber Cancer Institute. The runner says the experience of losing an aunt and a cousin to cancer, along with the woman she describes as “her second mom,” was her marathon inspiration.

Fueling the Fire
Aduba says distance running has changed her entire lifestyle—especially her diet. “I’m always thinking about food as fuel for my body, for recovering from my last run and preparing for my next run,” she says. “I’m making a chicken salad as I speak to you. It’s got spinach, grilled chicken seasoned with garlic, and Laughing Cow light cheese. I make my own balsamic vinaigrette, and I add cherry tomatoes, red peppers and mushrooms. When I eat it, it’s like I feel my body saying, ‘Thank you!’”

Let the Words Fall Out
Aduba studied voice in college and says music was an integral part of her marathon training. Her playlist included tunes by artists including Common, John Legend, Beyonce, Marvin Gaye, and Mumford and Sons. “Brave” by Sara Bareilles was a special favorite as Andrea Trasher, who Aduba describes as her “second mom,” made it her theme song during cancer treatments. Trasher died last October. “I finished every run to that song, and even though I generally didn’t listen to music during the marathon, I did listen to ‘Brave’ at mile 23,” she says.