Rahaf is on the cover of our October issue, on newsstands now. Grab your copy and subscribe for future issues here.

On a summer day in Detroit, hijabi runner Rahaf Khatib sprinted through the streets as our photographer captured her perfect stride. Khatib, a six-time marathoner with the Instagram handle @runlikeahijabi, has the mission of inspiring women who cover to get active. Although she lives in Farmington Hills, Mich., the runner has a soft spot for the city, where she often spends weekends hanging out with her family. She also ran her first 26.2-miler, the Detroit Free Press Marathon, here. “It’s a city with such heart and soul, full of diverse people from different backgrounds,” says Khatib. “A perfect place for a photo shoot such as this!” 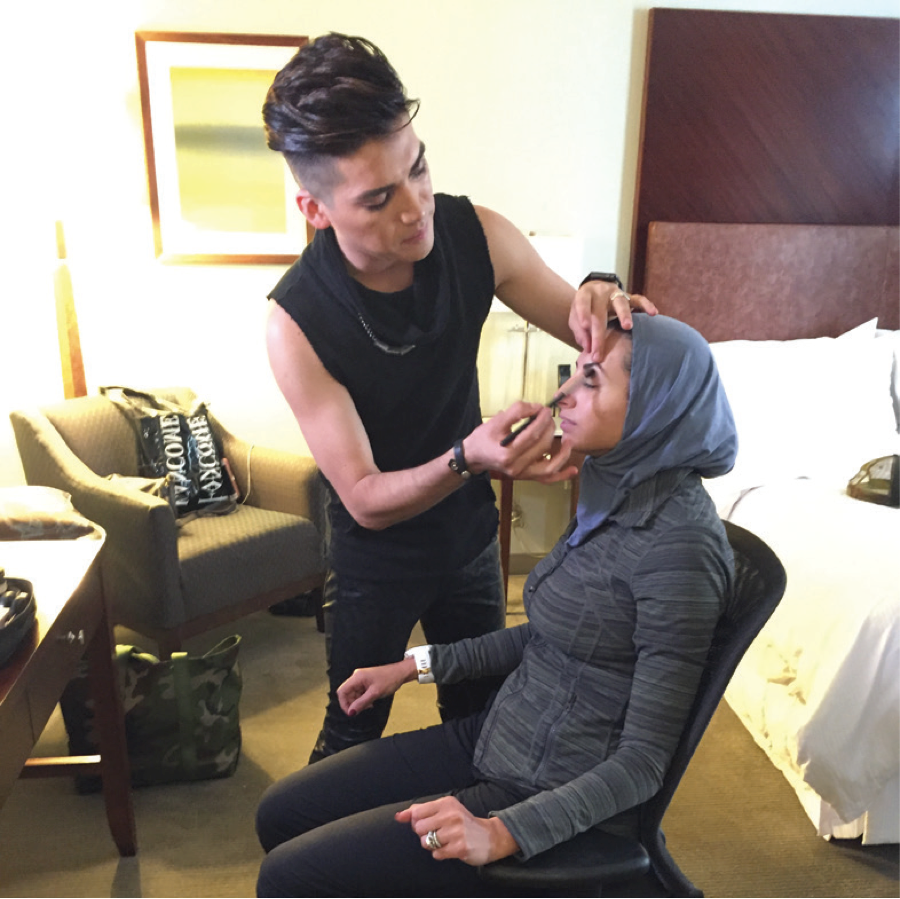 In an effort to get a true Motor City feel, the crew shot near Tiger Stadium, Dequindre Cut, the River Walk and more—logging 10,000-plus steps on their fitness trackers. The multiple locations were taxing in the Midwestern heat, but Khatib says, “Thankfully, Eric [Gerson, the makeup artist] was there to dab my sweat!” 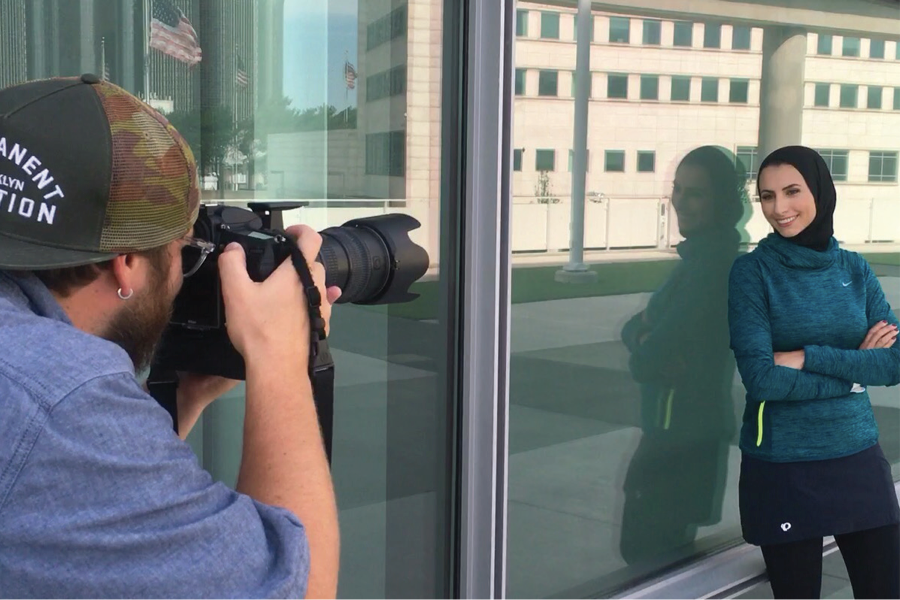 This cover marks the first time a Muslim hijabi runner will appear on a fitness magazine. “For this stay-at-home mom of three, and an average (but persistent!) runner with goals, it means the world to me,” says Khatib. “It’s something I can show to my kids in the future, my community and most importantly my parents. It means that my sweat, tears and training are worth it.”

Born in Damascus, Syria, Khatib immigrated to the United States in the 1980s with her parents. She is passionate about motivating other Muslim women to run—and dispelling common misunderstandings about her religion and covering.

Here’s what Khatib wants you to know…

She covers by choice. “A common misconception is that I’m being forced to cover,” Khatib says, explaining that the practice of wearing a hijab means “following my religion, not my husband.” She adds, “It helps me hold on to my faith.”

The running community is welcoming. Khatib believes that some Muslim women might feel hesitant to participate in races out of fear of exclusion—but in Khatib’s experience, that hasn’t happened. “It’s so rare that I’ll have someone say something negative to me,” she says. “Runners are just happy.”

Racing connects her with her faith. “I run with my soul and heart,” says Khatib. “It gives me a great energy booster, not just physically but spiritually as well!” Health and fitness are central to the Muslim religion. Khatib explains, “There are sayings of our Prophet that we are meant to take care of our bodies.” She adds, “There are historical references that the Prophet [Muhammad] would ‘race’ or ‘sprint’ with his wife Aisha.”