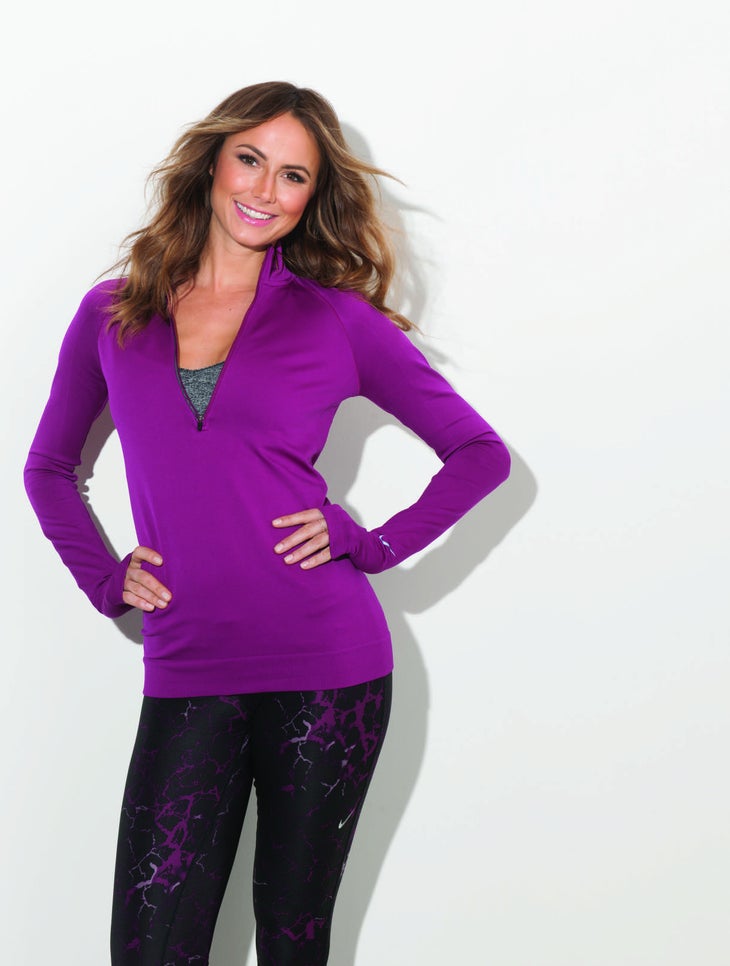 Stacy Keibler started dancing when she was a toddler. As a young ballerina, she practiced several times per week and performed most weekends.

Her hard work paid off when she won the lead of Clara in “The Nutcracker” at age 10—one of the biggest roles a young dancer can land. After high school, she became a Baltimore Ravens cheerleader and danced with the Nitro Girls as part of World Championship Wrestling. That led to a position she never would have imagined for herself: WWE wrestler.

Wrestling may seem physical, but Keibler says her activity level sharply declined. “I stopped dancing to travel around the world with the WWE, but I was still eating the same way,” says Keibler, now 34. “Once I stopped burning all those calories, I felt my body and my energy levels changing.”

To compensate for her more sedentary lifestyle, Keibler dropped most processed foods and white starches like rice, potatoes, bread and pasta. She also added running to her daily routine. “That’s really how my love for health and wellness started,” she explains.

“I started running because it was always the easiest form of exercise to get in,” Keibler says. “No matter where I was in the world, I could go outside my hotel and take a run. I really found a passion for that.”

Though the actress moved on from the WWE in 2006, her healthy habits remain an integral part of her life today. At home in Los Angeles, Keibler still loves the simplicity of heading out her front door to run on the hilly trails around her house. “Running really is like meditation for me,” she says. “It’s good for my heart and my head, especially if I have beautiful scenery to look at.”

Keibler is also back to dancing occasionally—a few years ago, she came in third place on “Dancing With the Stars”—and takes classes, such as boxing and SoulCycle, to avoid getting bored. “I just change it up,” she says. “I really believe in muscle confusion.”

Keibler likes to constantly tweak her diet and activity level based on a simple metric: how she feels. “When I’m eating well and working out, I feel more focused and have more mental clarity. At this point, there’s really no other way of life for me. Fitness and nutrition are important parts of my life, and they always   will be.”

The most important part of her health and fitness routine may be the ﬁ ve to 10 minutes when Keibler does absolutely nothing. For the past few years, Keibler has incorporated a morning meditation into her daily schedule. “I had a friend who practiced, and I got a guided meditation CD from her,” she says. “It’s really great on a long flight—if you load it onto your iPod, you can have the most relaxing travel experience ever.”