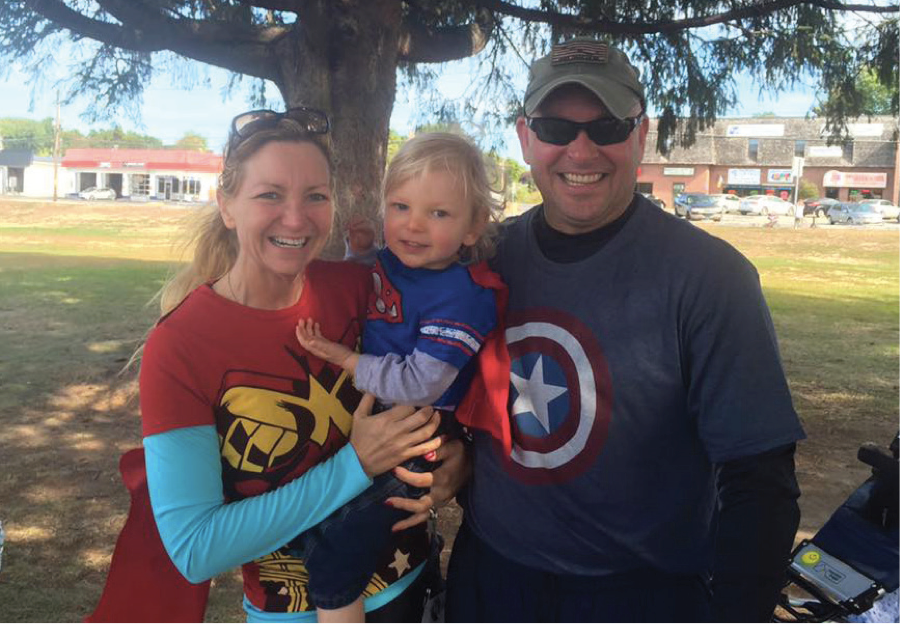 After several years of radio broadcasting from the Boston Marathon route, this April, Erin O’Malley Mandeville will be running it.

For her 2015 New Year’s resolution, Erin, 43, decided she would apply to be on the 2016 Boston Children’s Hospital marathon team. The mission hit close to home as the organization had played a critical role in her 3-year-old son Gabe’s survival following two life-threatening seizures. When she told her husband about the idea, Jody—a naval officer and half Ironman finisher—agreed to apply with her.

Between work and finding a babysitter for Gabe so they can make the hospital team’s Saturday morning long runs, Erin says it’s a juggling act. Both parents train six days a week, but the two somehow get their miles in while supporting each other’s schedules.

“We made it through Gabe’s darkest days together, and there is no one I’d rather tackle the toughest run with than my Jody,” says Erin about her biggest fan.

As a DJ for Boston’s Mix 104.1 for the past 15 years, Erin had always participated in the station’s “radiothon.” This charity event helps raise funds for Boston Children’s Hospital, but Erin never guessed that one day that same hospital would save her son’s life.

Now the giving comes full circle as she prepares to run and raise as much money as she can in the 2016 Boston Marathon.

Boston’s Top Female Finishers: Where Are They Now?