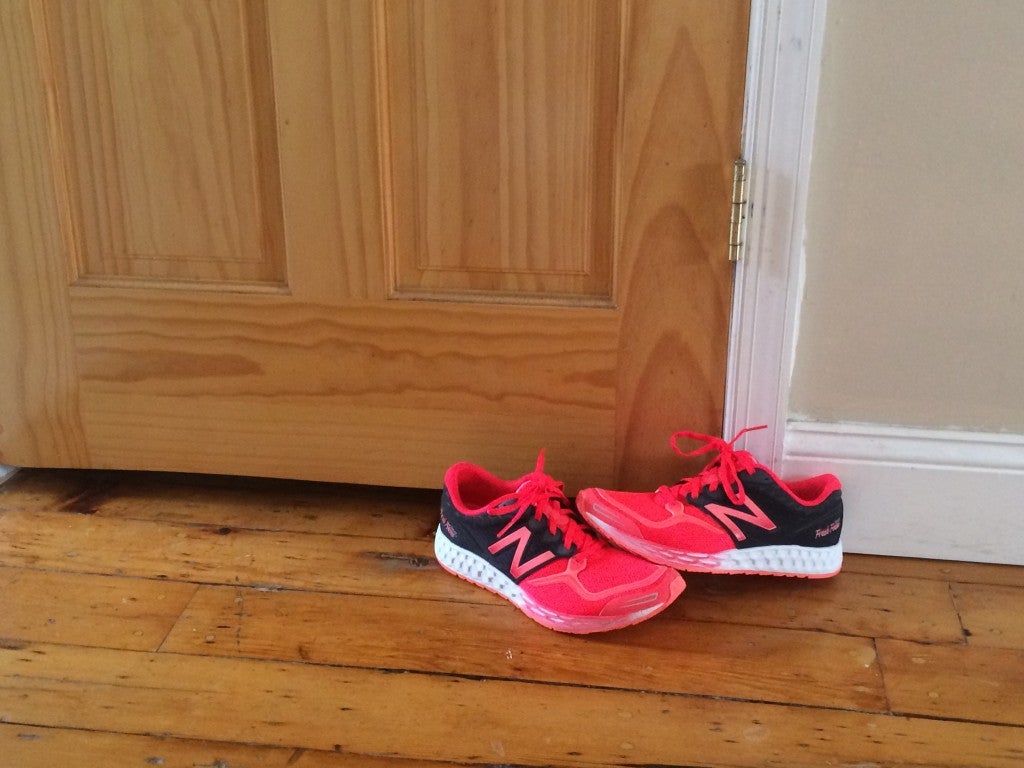 There’s something I need to get off my chest.

I’m in a running rut.

As the Web Editor for Women’s Running, this is particularly difficult to admit. There is not a day that goes by where I don’t talk, read or think about running. Here’s the thing though—I haven’t actually been running.

The good intentions are there most days. I lay out my running clothes, and often times I even change into them. I decide which shoes to wear. I charge my GPS and get a good playlist queued up (like our monthly WR playlist!) However as daylight fades, I justify why I have yet to run until it is often too late to go.

Some life obstacles at the end of 2014 often made exercise an unpredictability that was tough to schedule. My grandmother was admitted to a lengthy hospital stay in November. At the end of that month, I woke up with back spasms so horrible that I couldn’t walk without pain, let alone run. Just as my pain subsided in late December, the hustle of the holidays led me to run more around malls than on roads. Even when I was able to sneak in a few miles, I couldn’t find the joy in it, and not just because I hate the cold winter.

These examples are not meant to be excuses. Running and exercise should be used as a form of therapy for an easily stressed person, such as myself. Instead I cast my own running aside to focus on other priorities in life. Sometimes we all need to make choices like that. But now as everyone is busy setting their goals for 2015, my running shoes still have yet to be laced up six days into the new year.

This isn’t like me at all, and it can’t continue.

So how can a runner climb out of their rut? I have a few ideas.

My mission is to try a new activity every week. Over the past several years, imbalances and weaknesses in my core have led to multiple injuries (including my lovely back spasms). Trying a different method of cross training or a new class will be a fun way to add fitness back into my life while getting stronger in the process.

Sometimes you can’t break through a funk by yourself. Despite my love of running alone, I’m going to finally reach out to others for support. Whether it is attending a class or hanging out for a few miles, everything feels better when you have a buddy by your side.

I also have to leave any problems behind me before I begin my workouts. I am not a person whose burdens become weightless on a run. I wear my stress on my shoulders. If I leave upset, I’ll likely come back in a similar condition, with the added disappointment of a terrible run. Instead of dwelling on things I can’t control, it’s time to live in the moment during each run. This means keeping the GPS watch and any added pressure at home while enjoying every mile. I’m lucky to be able run. And I’m lucky enough to stare at the New York City skyline every time I do. Despite being buried in layers of winter running gear, my aim is to feel lighter.

Are there any ways that you were able to break out of a running rut? Tweet me at @womensrunning and @kristandietz to share your tips!

Becoming A Mother Runner Gave Me My “Super Power”