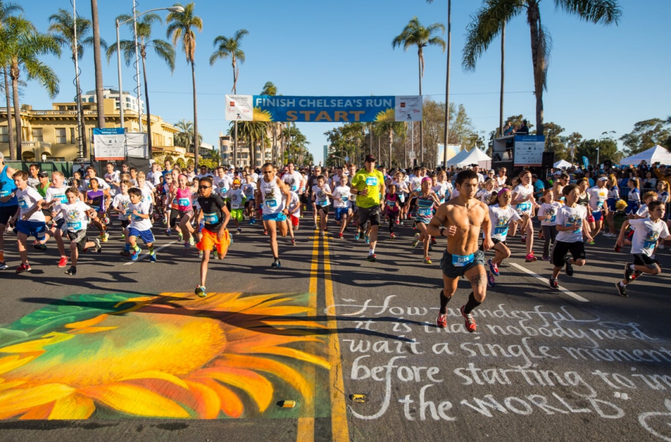 For those unfamiliar with runner Chelsea King‘s impact on San Diego, on California and the entire country, her life is one that ended in tragedy, but started a new vision and movement as beautiful as the runner herself.

Five years ago in February 2010, Chelsea went missing after heading out for a run along the trails of Lake Hodges, a popular running location in north San Diego County. After weeks of searching and national news coverage during the search, her body was finally recovered. The person responsible for her sexual assault and murder was out on parole from a previous crime of sexual assault.

Chelsea’s story was hugely devastating, spreading chills across San Diego and rattled everyone that knew her. Across the city, running carried a feeling of sorrow. Every runner felt connected to Chelsea, and in a way, a part of every runner was Chelsea.

However, from this horrific act, a light was sparked, and it continues to burn as bright as Chelsea’s infectious smile and brilliant red hair. What started as an expected-to-be-small memorial run at Hodges surprised San Diego runners—and Chelsea’s family—very quickly.

“I think the first run in Lake Hodges was probably one of the most single-most beautiful human examples of the human spirit I’ve ever seen That and how people came out to search,” recalls Kelly King, Chelsea’s mother. It was relatively small—they were expecting 200 or 300 people and ended up with 3,000. “From there, we saw that as a wonderful opportunity to take the run and do something, not only as a legacy to our daughter, but also a vehicle to get the awareness out.” 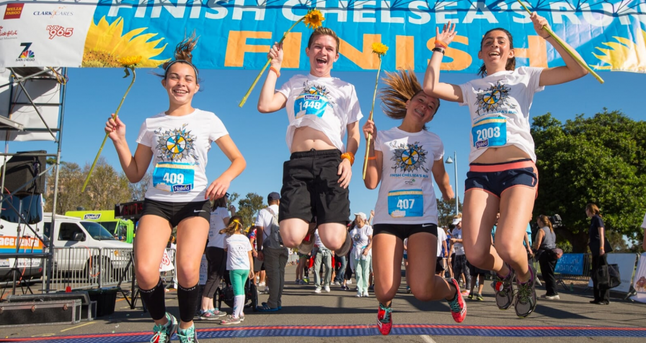 Finish Chelsea’s Run 5K, now an annual event in Balboa Park near downtown San Diego, which Kelly says is Chelsea’s favorite spot in the city, is now expected to see 10,000 people in 2016. The event is just one piece of the larger Chelsea’s Light Foundation, a nonprofit that celebrates the life of Chelsea and spends its energy creating a safe world where one in four children are not sexually assaulted—an alarmingly true statistic.

But before she can ever be called a victim, Chelsea was a runner. “She came home from school one day, and we needed to buy a pair of shoes for her. I said, ‘Sweetie, you might want to clean up before we go get those shoes,'” says Kelly, whose daughter joined her school’s cross-country team after being cut from the volleyball squad. “She had just come back from a long run, and she says, ‘No mommy, this dirt and sweat is proof of what my body can do. It’s my first-place medal for the day.'”

Chelsea’s parents continue that legacy of celebrating joyful life at the finish line of Finish Chelsea’s Run every year. “We high-five or hug everyone at that finish line. Last year we had about 8,000 high-fives and hugs. It’s a brilliant day that way for us,” says Brent, Chelsea’s father. “Chelsea ran for the right reasons in life. She ran for the beauty of running. She ran because it relaxed her soul. It brought her so much peace. It was the one thing that I saw her do that just centered her so much. That’s what we want our race to be: we want it to be the center of our foundation.”

While the run, where “everyone has a smile and a sunflower in their hand,” continues to honor Chelsea’s competitive spirit and the resilience of her family, perhaps the most tangible accomplishment of the foundation’s work is Chelsea’s Law, which was passed in California five years ago in September 2010; it states that violent sex offenders get life in prison with no chance of parole. And according to Brent, these criminals have already begun to see longer sentences without the possibility of parole in the state of California.

The run, which opens registration later this week for March 2016, aims to become a destination “must-do, not want-to-do” race. “From that, we can drive our law as well,” says Brent. Registration opens officially on Thursday, Oct. 1.