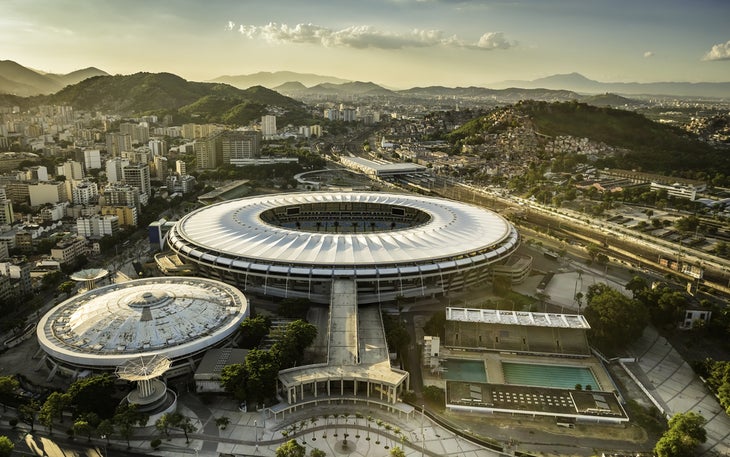 Track and field in Rio has begun and will inevitably take over our lives up through the men’s marathon on Sunday, Aug. 21. Here’s how to plan accordingly around NBC’s streaming schedule (women’s event schedule listed below, see more extensive schedule with men’s events here), along with quick hits on some of the American athletes you’re going to hear about (fun fact: You can search your favorite ‘idols’ here to see information on their events):

Note: Events have various “rounds” based on different factors, such as length of event or size of field. Field events have ‘qualifying’ rounds, where participants qualify for the final round. Track events have various ’rounds,’ like ‘preliminaries,’ ’round one,’ ‘qualifying,’ ‘semi-finals’ and ‘finals.’ Longer events like the 10,000 meters only have a final round. Shorter events, such as the 100 meters, has more rounds due to number of athletes, length of the race and lane restrictions. Medals are awarded in the final rounds of each event.

Quick hit on some Americans people will talk about: Molly Huddle, who has a strong chance to medal in the 10,000 meters, will also make her marathon debut later this year. Emily Infeld is also riding the post-world medal wave straight to Rio and is definitely worth watching. English Gardner, the trials champion and almost a shoe-in to the 100-meter finals. Barbara Nwaba, a favorite to perform well in all seven heptathlon events. All eyes on Brenda Martinez for 1,500 meters, as she missed the team in her marquee 800-meter event. Jenny Simpson is America’s favorite 1,500 runner; both women are expected to advance to the finals.

10,000 meters FINAL update: Molly Huddle broke Shalane Flanagan’s American record, set back at the 2008 Olympics. The kicker? It was good for a bronze medal then; Huddle’s time was good for sixth place in a blistering fast 10,000 meters. The winner broke the world record, and Twitter was screaming “dirty.”

Quick hit on some Americans people will talk about: Emma Coburn, Emma Coburn, Emma Coburn—with a new personal best at the Olympic Trials, she’s highly anticipated as a medal contender. Cover runner and speedster Allyson Felix will race the 400 meters and have the world’s eye on her to maybe run away with gold in her first Olympic 400-meter appearance.

Quick hit on some Americans people will talk about: Shalane Flanagan, Amy Cragg and Desi Linden! All three are fit and in shape to do very well; the question after watching the Olympic Trials is, will a hot day make or break any of their races? Deena Kastor was the last American woman to medal in the Olympic marathon (2004); hopefully that changes this year!

Marathon update: USA! USA! USA! All three marathoners finished in the top-10 for the first time in HISTORY. Shalane finished sixth, followed by Desi in seventh, then Amy in ninth. Twitter was buzzing about the strongest women’s marathon team in history, and inspiration was high as everyone watched three incredible athletes gut it out hardcore with the best in the world.

Quick hit on some Americans people will talk about: Sydney McLaughlin is a 16-year-old phenom that made the team in the 400-meter hurdles. She’s got plenty of future Olympics ahead of her; people will wait to see how she does in round one. Whitney Ashley, Shelbi Vaughan and Kelsey Card are all first-time Olympians in the discus throw.

Steeplechase update: Emma Coburn, America’s best steeplechaser (duh, she has the American record)—brought home America’s first medal ever in an event that’s been open to women since 2008. Oh, and she broke her own AR again. This is a moment that will be track history forever.

Quick hit on some Americans people will talk about: Kim Conley is running the 5,000 meters, in her second Olympics, after finishing third at the Olympic Trials.

Quick hit on some Americans people will talk about: Kate Grace became Oiselle’s second-ever Olympian when she won the 800 meters at the trials (fun fact: it was really her first major title EVER).

Quick hit on some Americans people will talk about: The 4×100-meter relay squad includes English Gardner, Tianna Bartlett, Tori Bowie, Mortlake Akinosun, Jenna Prandini and Ariana Washington. Team USA shattered the world record in 2012, and the top-3 runners all ran under 10.80 at the Olympic trials.

Quick hit on some Americans people will talk about: Allyson Felix, Phyllis Francis, Natasha Hastings, Taylor Ellis-Watson, Francena McCorory and Courtney Ovolo. This team has earned three golds in this event, and everyone hopes to see them do it again this year.