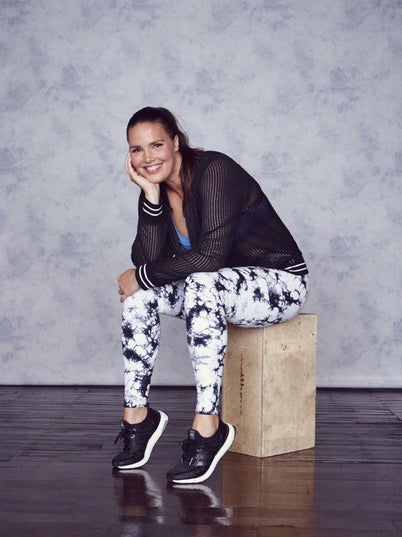 Everyone (well, a lot of people) love a good celebrity connection, and our beloved marathons do not have a shortage of big-name faces running the town. The New York Road Runners shared a list of who, as of today, is tackling 26.2 miles through five boroughs. Check it out:

All-time rushing leader for the New York Giants and co-host of Tiki and Tierney on CBS Sports Radio, Tiki is a three-time finisher of the TCS New York City Marathon. Tiki, who participates in numerous NYRR races throughout the year, will be running as an official Team for Kids Ambassador.

Best known for his roles in the Ride Along series and Central Intelligence, Kevin is a running enthusiast. This will be his first marathon.

Fashion model, designer and former Women’s Running cover runner, Candice does it all. After just recently launching her own athletic wear line, Candice is now ready to run her second marathon after completing the Boston Marathon in 2017. Candice will run as an official Team for Kids Ambassador.

Chef Daniel Humm has been running his own marathon this year as he prepared for the October reopening of “the world’s best restaurant,” Eleven Madison Park. Through the redesign, Chef and a team of 20 of his employees—from line chefs to front office workers—have been training to run the TCS New York City Marathon. The “Make It Nice” team will run on behalf of No Kid Hungry.

American fashion model, entrepreneur and former Victoria’s Secret model, Karlie makes her marathon debut on Nov. 5. An avid runner and finisher of numerous half marathons and other races, Karlie will raise awareness for her charity, Kode With Klossy.

A beloved member of “The Real Housewives of New York City,” Carole is preparing to run her first marathon this fall. The best-selling author and award-winning journalist will use her run to raise funds and awareness for the North Shore Animal League.

Grammy-nominated and multiple award-winning singer and songwriter Prince Royce will run the New York City Marathon on behalf of the National Kidney Foundation and Change for Kids. The Bronx native recently got serious about running and completed the New Balance Bronx 10-Miler.

Host of the MLB Network Radio Station and six-time marathoner, Sam Ryan will run her fourth New York City Marathon. This year, she will run as an official NYRR Team for Kids Ambassador.

Yasir’s “competitive” personality leads him to his seventh New York City Marathon. A professional competitive eater, Yasir is ranked #12 in the world by Major League Eating and is a 6-time Nathan’s Famous Hot Dog Finalist.

Producer, actor and photographer who is best known for his documentary and MTV program Catfish will be running the New York City Marathon on behalf of Kulture City as well as an official NYRR Team for Kids Ambassador.

Kathrine made headlines when she became the first woman to run the Boston Marathon in 1967. She won the New York City Marathon in 1974. Kathrine will run in 2017 to honor the 50th anniversary of her historic Boston premiere. She is running the race for her charity 261 Fearless.