Carl Lewis, Allyson Felix and Michelle Carter pose with the women after their "group date." Image: @TheBachelor on Twitter

We’ve all had our fair share of eye rolls and jaw-dropping reactions to those atrocious “group dates” on The Bachelor. But nothing tickled our fancy more than to see a group of athleisure-clad women with perfectly positioned hair step onto a track for a little friendly competition for the gold—aka Nick’s heart, as Olympic gold medalist shot putter Michelle Carter so appropriately explained. Accompanying Carter as the best of the best on the track and field was Olympic legend Carl Lewis and 2016 Olympian Allyson Felix. 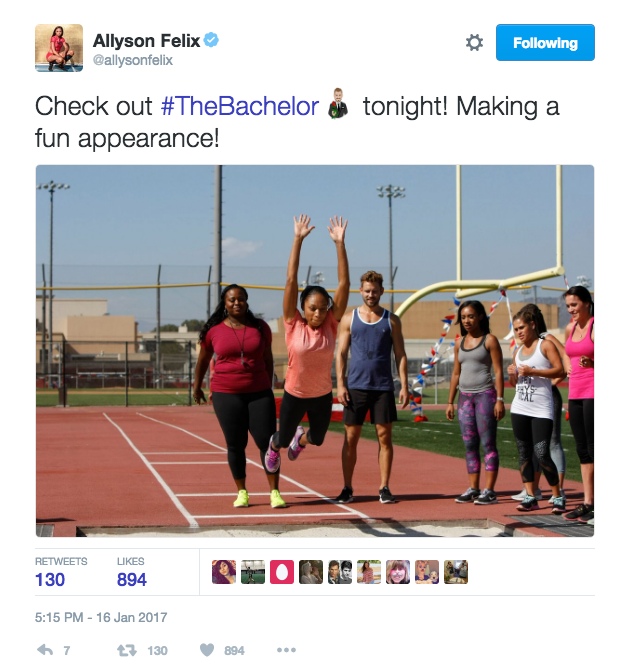 Nick, The eligible Bachelor, offers a nod to his running roots from high school and college, calling for his flock of eligible bachelorettes to compete in a “Nickathlon,” which included key events like javelin throw, shot put and the 100-meter dash. Of course Twitter had plenty to say about the situation, including this comment regarding one woman’s failed attempt at a supportive sports bra. (She comments on the show how “unprepared” she was for the rigorous activity.) 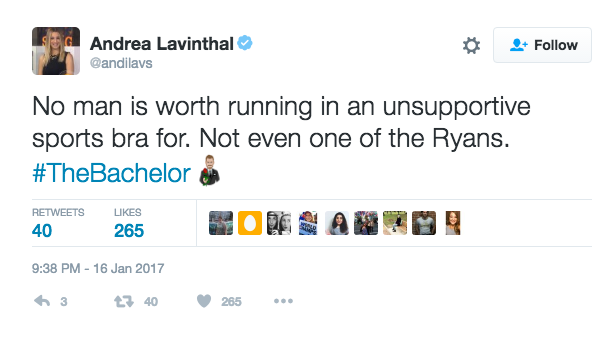 And it’s not a true track meet without a little drama. As the final three girls race down the homestretch to nab a massive fake diamond ring (and toward a perfectly placed hot tub, where the winner gets “extra time” with Nick—because why wouldn’t you dive into a hot tub immediately after racing?), the almost-winner reaches and misses, flinging the ring onto the track and accidentally crushing it with her super fast feet. The third-place girl, in dramatic slow-motion, grabs the remnants of the jewel, winning the match. 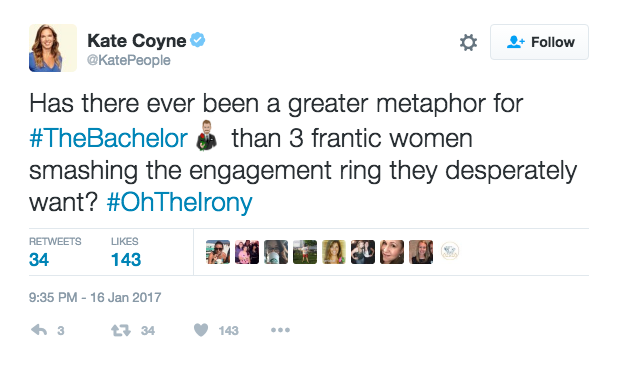 But our favorite part really was the javelin throw—except the javelin is an arrow, the target is a blowup heart and we just can’t handle it.