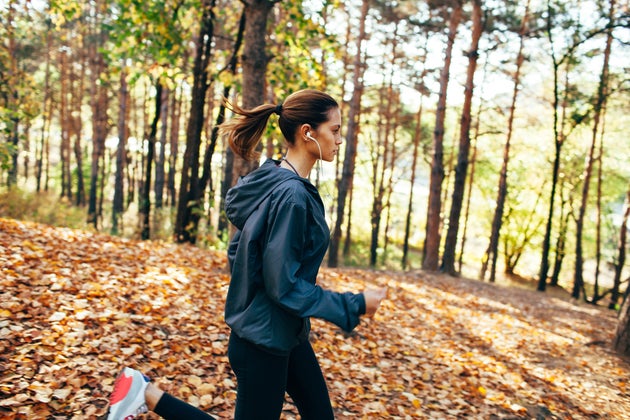 *Published With Permission From Jennifer Bonn

I have heard the term “a real runner” used several times recently. Once was during my last marathon at the point where the marathon runners turned off of the half marathon route. One of the volunteers yelled to me, “Good job! Here come the real runners!” I know in his opinion the marathon was reserved for people who took running seriously, but I couldn’t help but reflect on how much effort all of the half marathoners had put in to arrive at the race. Each one had a story and each one was a real runner.

Then, just last week, I was out running when a woman was running towards me. As she came closer, she said, “Don’t laugh at me because I’m trying to run. I know I’m not a real runner.” I was so surprised that I didn’t answer, but her remark bothered me. I circled back around and talked with her about her running and assured her that she was a real runner.

RELATED: So You Think You’ll Never Be A Runner

I have always found it interesting when I hear someone described as a real runner. I know that they mean that in their opinion the person is an elite runner or worthy of admiration for running prowess of some kind, but the runners I know tend to measure whether someone is a real runner by how many times they show up, how much grit they have and how much determination they have to improve. A real runner is often at the back of the pack just trying to take the next step.

Here are several more of my definitions of a real runner:

A real runner is courageous. Even though this runner isn’t the fastest or the fittest, he or she still runs. Imagine being seriously overweight or out of shape and showing up at an event with some of the thinnest, most fit people around?

A real runner doesn’t do easy. Running is not for sissies. It’s not easy all the time, but with work and training it becomes an enjoyable outlet and the results are worth the hard work. A real runner realizes that easy doesn’t lead to improvement.

A real runner sees a goal where others see a challenge. Running requires consistent commitment and that is difficult for some people. A real runner realizes that making goals and trying to reach them is a great way to become healthier.

RELATED: How To Be A Good Runner

A real runner realizes that just showing up is half the battle. Many people can find every excuse in the book not to exercise, but a real runner runs in the cold, the rain and the snow. A real runner shows up and shows up consistently.

A real runner competes against herself and encourages the competition while still trying to come in first. Competition among runners is an interesting topic—because of course we all want to be the fastest—but there is usually a healthy sense of encouragement as well. We cheer for each other and then do our best to come in first.

A bad running day just means next time will be better. A real runner just sees a bad performance as a push to work harder and come back stronger.

The next time you head out the door for your run, ask yourself: Are you a real runner?