Bobbi Gibb unveils her sculpture "The Girl Who Ran," ahead of the 125th Boston Marathon. Photo: Jack Fleming/Boston Athletic Association

*Outside memberships are billed annually. Print subscriptions available to U.S. residents only. You may cancel your membership at anytime, but no refunds will be issued for payments already made. Upon cancellation, you will have access to your membership through the end of your paid year. More Details

It seems like a no brainer, given the historical significance. And the fact that there are currently four other statues along the famed course: Walter Brown at the start; Dick and Rick Hoyt on the south side of the Hopkinton Green; 1946 winner Stylianos Kyriakides at the mile mark; and “Old John” A. Kelley near the 20-mile mark. But the statue of Bobbi Gibb, unveiled at the Hopkinton Center For the Arts on Tuesday, will be the first of a female.

“It took us three years to wrap up the fund-raising, so it was much more like a marathon than the hurdles I used to run back in high school,” says Tim Kilduff of the nonprofit, Hopkinton-based 26.2 Foundation.

A life-size statue of Gibb, titled “The Girl Who Ran,” will be placed on a slightly elevated historical property at the west corner of Main Street (the Boston Marathon start line) and Hayden Rowe. The location is about 80 yards behind the start. That means all runners will walk and shuffle past the statue (on their right) as they approach the start. The statue was sculpted by Gibb herself, a multimedia artist, now 78. 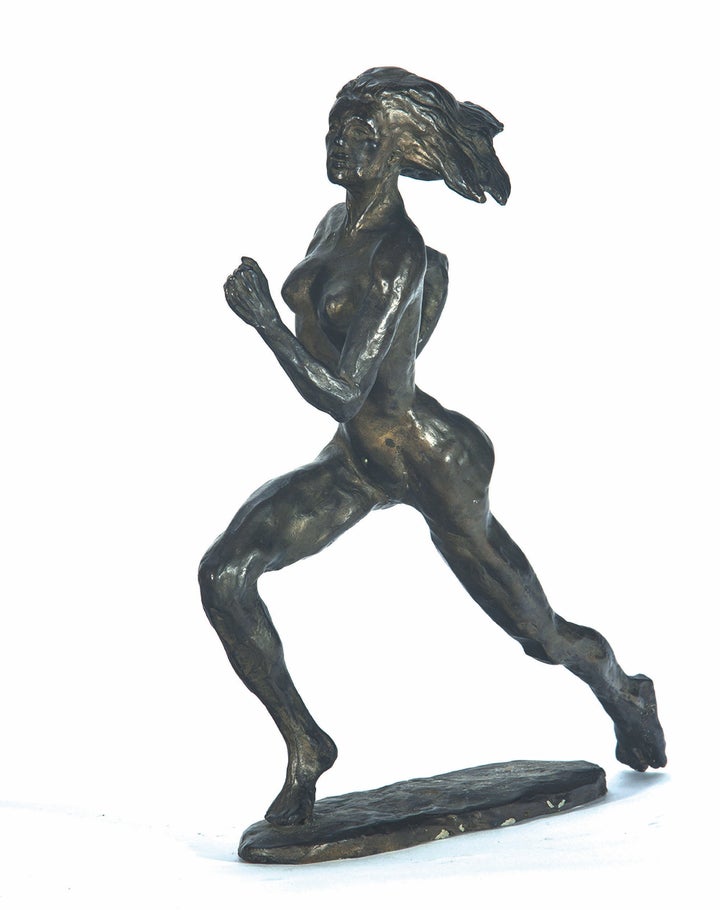 “I’m thrilled almost beyond belief,” says Gibb. “It hasn’t really registered with me yet that we’ve reached the finish line of this project. The vision and support of the people in Hopkinton has been fantastic.”

Originally, the statue was set to be unveiled in April 2020, but was delayed by 18 months due to the COVID-19 pandemic. The Boston Marathon was canceled in 2020 and postponed by six months in 2021. The 125th running will go on October 11.

The statue presents a realistic view of Gibb in bronze as she ran the final yards of the course in 1966. At the start, she had hidden in bushes, fearful that race security or other marathoners might prevent her from entering the throng of 540 runners. In fact, she received warm support all along the route. “I’m wearing a tank-top bathing suit, with my brother’s too-big Bermuda shorts,” Gibb says of the statue. “My hair is up in a ponytail.”

Gibb finished in an unofficial time of 3:21. She was also the first woman finisher the next two years at Boston. The Boston Marathon did not accept women as official runners until 1972 when Nina Kuscsik placed first.

A Complete Guide to the Boston Marathon Course