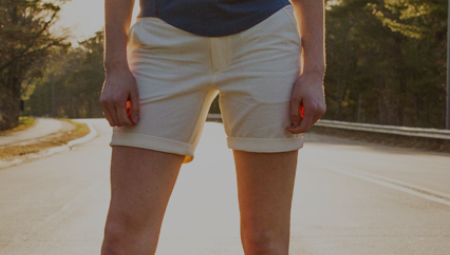 In honor of the 50th anniversary of Bobbi Gibb’s Boston Marathon, where she became the first woman to finish the race, Boston-based apparel brand Tracksmith launched The Bobbi Shorts. The design, inspired by both the functionality of today’s running bottoms and the style of the actual long short that Gibb wore during her 1966 race, features wicking four-way stretch fabric, an incredibly soft jersey liner, hip pockets and a rear zip pocket.

But the coolest part of the shorts might not be the actual piece itself. Tracksmith is offering to refund any runner’s marathon race entry if she agrees to run her first marathon in the shorts!

What’s more? We are teaming up with Tracksmith for a special shakeout run with Bobbi after this year’s Boston Marathon!

Meet Yuki Chorney, the Masters Athlete Who Takes Race Day Dressing to the Next Level