Our current decade has carried fresh, new concepts to the running stage—and things are only getting better. From the unrun craze to the emergence of athleisure, mainstream running continues to shift from a singular sport to an all-encompassing lifestyle that we humbly brag about on Instagram (which was born in October 2010, btw). For the first time in history, women outnumbered guys at races: 56 percent of runners in the U.S. were female as of 2012. Let’s go for an unrun—otherwise known as muddy, colorful, foamy, glowing or obstacle races. Obstacle race king Tough Mudder held its first event in Utah in 2010, paving the way for the growth of the mash-up race. These fun-filled jaunts continued to explode in 2011, when The Color Run series debuted in Arizona and went international. According to Running USA, 4 million people completed “nontraditional running events” in 2013, surpassing the 2.5 million that completed half and full marathons in the same year.

Ever been told you run like a girl? Procter & Gamble brand “Always” addressed the negative connotation this phrase carries with a powerful campaign created in 2014 and shared during the 2015 Super Bowl. The feminine product brand asked girls what “like a girl” meant to them, shedding light on the ridiculousness of the stigma. #LIKEAGIRL 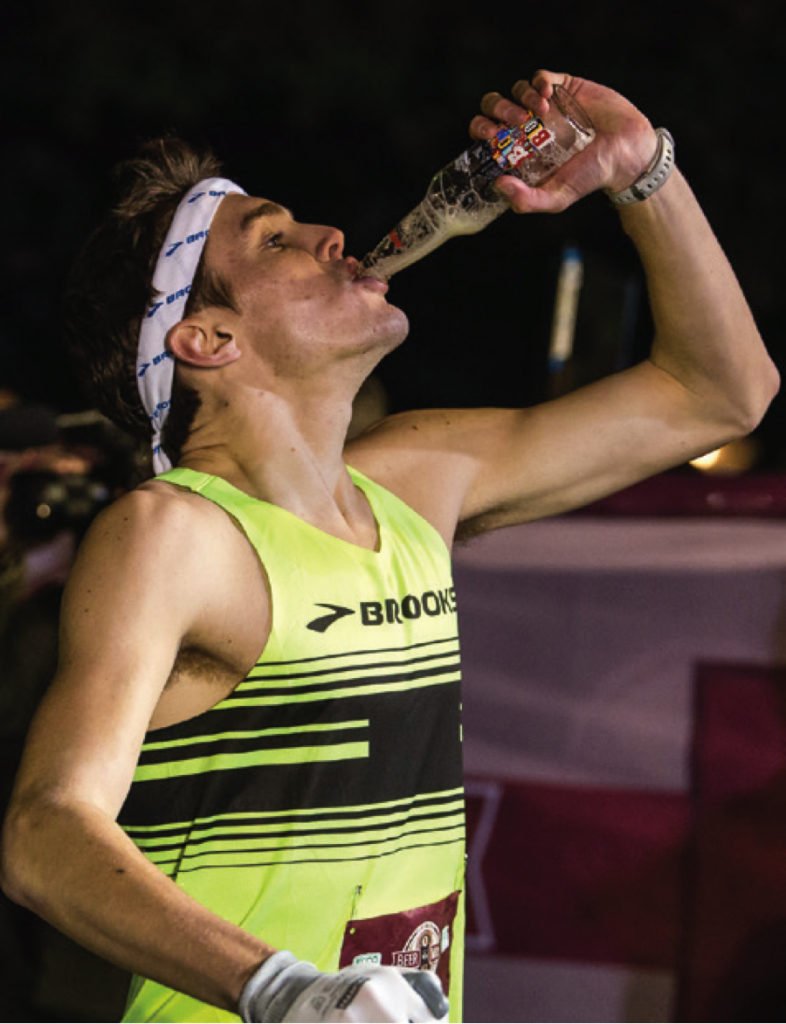 In 2015, Brooks signed Lewis Kent to a two-year sponsorship deal, making him the first professional beer-miler—and fastest with a PR of 4:47. All kinds of runners, from elites, to Fox Sports personality Katie Nolan, to everyday amateurs, have attempted the four-beer, four-lap endeavor, and some suggest it’s bringing positive attention to the sport of track and field. Cheers!

After nearly 120 years, the Boston Marathon remains one of the greatest races in the world—and one of the most difficult to get into. But in 2010, the event sold out in a mere 8 minutes, proof of how popular running 26.2 miles had become, and the marathon responded by shifting its standards. In 2013, the tragic attacks on Boylston Street placed the Boston Marathon on every news station, in front of every American, runner or not. The following year, Meb Keflezighi captured the nation and became a household name after breaking the tape, the first American man in 31 years to do so. That same year Shalane Flanagan set an American course record for women and is credited with pushing the pace that led to the top four women all besting the previous overall course record. In 2011, the Rock ‘n’ Roll Las Vegas Marathon & 1/2 went nocturnal for the first time, becoming the largest nighttime running event in the country. It’s only one of two times during the year that the famous Strip shuts down (the second being New Year’s Eve).

“Athleisure” made its dictionary debut in 2016. Apparel giants like Nike, Athleta and Lululemon thrive on the concept of fitness clothes passing as everyday casual wear.