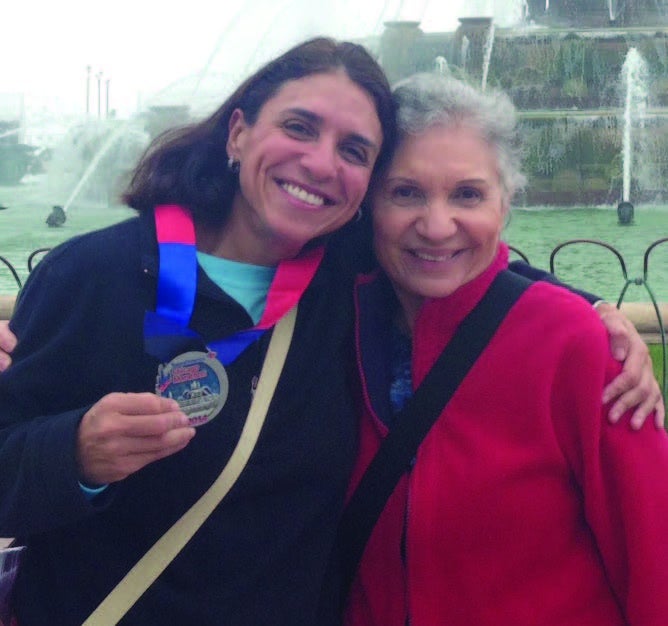 Dealing with obesity is not easy. When I was a teenager, an unexpected death in my family triggered a downward spiral of emotional eating. I felt insecure in the world and gaining weight made me feel safe—like a coat of fat I hid behind where nobody could hurt me.

In December of 2011, I weighed 211 pounds—more than I ever had before. Instead of feeling safe, I began to feel tired and trapped by my own body. My mom, Maria Nuñez, gently urged me to lose weight for my own health. She told me never to give up on myself. With her encouragement, I decided to make a New Year’s resolution to stop being afraid, change my eating habits and exercise more.

I started watching my caloric intake and walking on the treadmill for exercise. After six months, I had lost 50 pounds. I felt great, and wanted to try a new challenge: running. The first time I gave it a shot, I was only able to run for 10 seconds! But I started small. I would run for a few seconds, walk for 5 minutes and repeat. Within a month, I was able to run for a full 5 minutes.

I signed up for my first 5K in October of 2012 and did not stop once to walk. Since then, I have been addicted to running and have completed 15 half marathons and one marathon. I’ve also lost another 25 pounds. I’ve never felt healthier.

Of course my favorite cheerleader, my mom, has attended each one of those races, waking up early to watch me at the start line and proudly waiting for me to cross the finish.

The joy of racing must be contagious because at 69 years old my mom has also caught the running bug. Every Thursday she joins me at the local pub group run. She even placed third in her age group at a recent 5K!

Although my mom has traveled with me to many of my races, I needed her most during my ﬁ rst marathon last year in Chicago. A few hours after the race, I felt pain in my right knee. I had trouble moving, and my mom—despite being tired and having leg cramps from walking all day to watch me run—went out to get me ice for my knee and some food.

Running has improved my life in more ways than I can describe and my mom never fails to support me. I am grateful for her, for she has made my running experiences that much better.

Who’s your biggest fan? Email your submission to editorial@womensrunning.com! Featured submissions win some sweet WR swag and a free subscription (or renewal) for you and your fan!