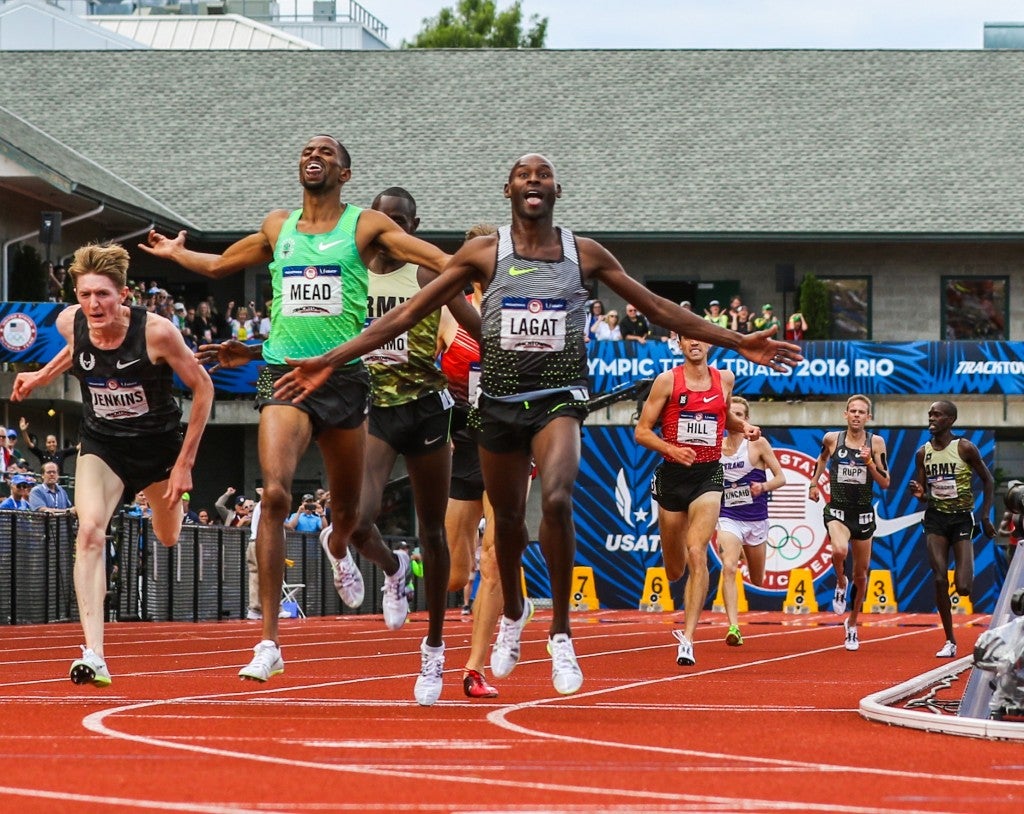 What the heck happened on day 9 of the Olympic Trials?

It was a big day for the women’s heptathlon as the Janes-of-all-trades hit the track (and the field) to show Eugene what it means to be crazy fit. Other events included the women’s 200-meter semis and finals in the women’s javelin throw as well as the men’s triple jump, 5,000 meters, 200 meters and 110-hurdle finals.

What exactly is the heptathlon?

You probably have some idea, but to break it down, the heptathlon requires athletes to compete in eight events: hurdles, high jump, shot put, 200-meter dash, long jump, javelin and 800-meter run. It basically means that you have to be insanely talented at…everything? That’s why people who compete in the heptathlon (and decathlon for men) are often considered to be some of the fittest humans in the world—they have to be strong, agile, fast and have excellent endurance.

The event will continue tomorrow, but at the end of the afternoon today, Barbara Nwaba of the Santa Barbara Track Club held the lead. Check this out: She ran the hurdles in 13.65 seconds (only 1.3 seconds slower than Brianna Rollins, the woman who won the hurdles outright to punch her ticket to Rio yesterday), cleared a high jump of 1.9 meters (that’s more than 6-feet, 2-inches!), chucked a shot put 14.16 meters and ran a cool 24.17 seconds in the 200 meters (that’s 3:12-mile speed!). We also love that she did it all with a huge smile. Check out her fun Instagram post from this morning—it’s clear this lady loves what she does. 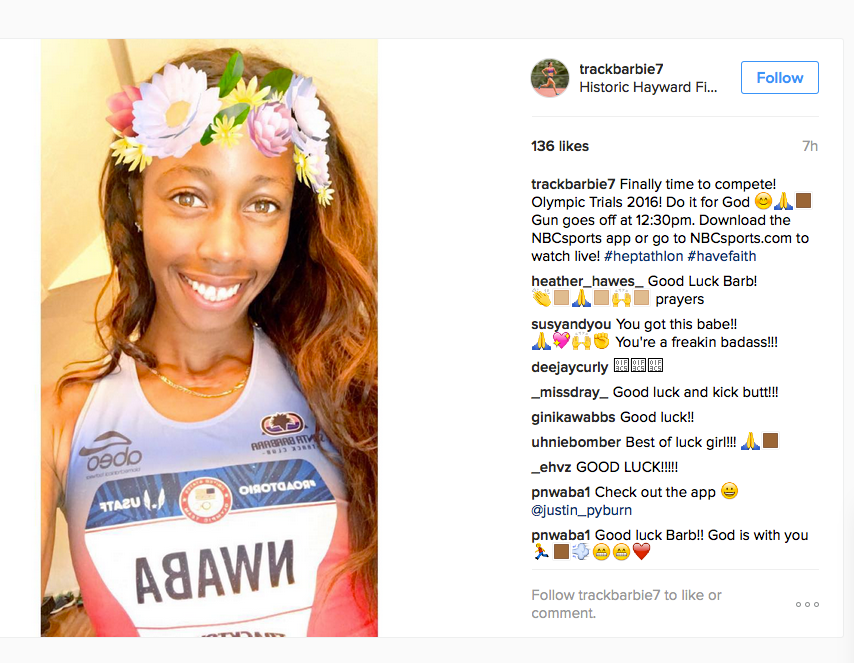 Who earned a spot on Team USA today?

The heptathlon will be decided tomorrow, but the women’s javelin team was crowned. It was a good day for the Lone Star state as Texas A&M’s Maggie Malone (60.84 meters) secured her spots with number-one finish. In a sweet moment, Malone gushed after finishing, “I’m from a town of 2,000 with one spotlight—this is insane!” Go, Maggie! You rock. Hannah Carson technically finished second, but because she hasn’t thrown the Olympic standard this year (and didn’t today), fourth place Brittany Borman will be Rio-bound. ASICS athlete and current American record holder Kara Winger nabbed the third spot. How did Winger prepare for the big day? According to her Twitter by putting her feet up and turning on the hotel TV—we like her style.

Any cool performances from the guys ?

Only the most incredible moment of the day! The men’s 5,000 meters was a spectacular show. After taking the first 400 meters out at a casual 74 seconds (that’s a snail’s pace for these guys), the athletes eventually turned on the jets cranking down to a 65-second pace. Galen Rupp, the Nike superstar who came in first in both the marathon (back in February) and 10,000 meters (last week) at the Olympic trials had a sizeable lead going into the last lap, and it looked like he was going to easily take victory number four. But then….THEN…Hassan Mead made a move, Rupp was overtaken by a pack and in the final stretch Bernard Lagat, that national treasure, sprinted his heart out to clinch the win. Lagat, who always races with dignity and heart, made his fifth(!) Olympic team. The 41-year-old dad of two proved that age ain’t nothing but a number if you have self belief.

As a Pioneer in the Sport, Nawal El Moutawakel Says “Things Are Brighter for Women”