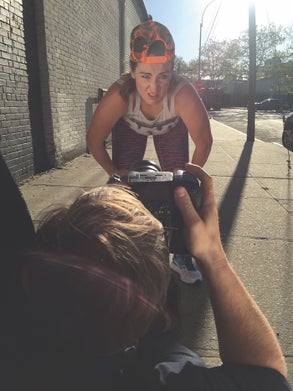 Whether she’s baring her soul on her blog Run, Selfie, Repeat or exposing her abs as the founding member of the #sportsbrasquad, Kelly Roberts isn’t afraid to express her true self. It was no surprise that on the day of our cover shoot, Kelly brought it—authentic, brave and freaking hilarious.

The day was clear but blustery with gusts whipping down the sidewalks. Photo assistant Andrew held on to the reflector for dear life as he was almost blown into the East River. Kelly wasn’t fazed: “This is my Beyoncé wind!” 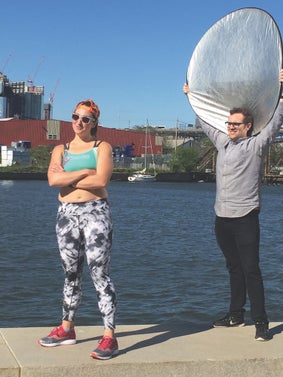 A Oiselle-sponsored runner, Kelly rocked the brand’s Verrazano Bra and Spandos Capris ($48 and $98, oiselle.com). On her feet: Saucony Ride 10 ($120, saucony.com) 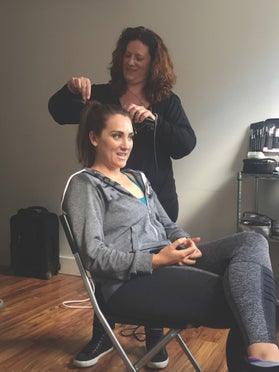 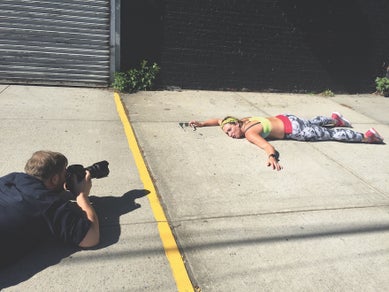 After getting shoot-ready with hair and makeup, Kelly assured Cheryl Rosa of Brush Beauty, “We’ll probably be changing sports bras—but I can do it delicately.” Flash-forward 20 minutes: Kelly dropped to the ground to express the agony running can bring: “I’m getting all your makeup dirty!” After getting up: “I have a date this weekend—do you think it will last until Saturday?” 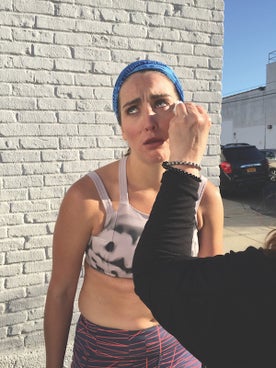 “And they say modeling is hard!” Kelly joked. Truly though, this newly minted model served up some amazing shots. 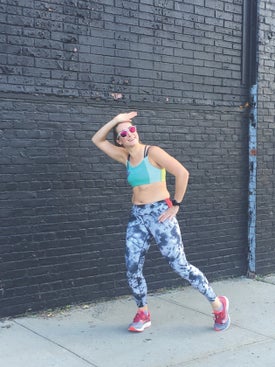 Shooting on the busy streets of Brooklyn, the full-on photo crew attracted attention from drivers. Kelly egged on the passersby: “Stop. Stop the honking. I’m just a normal woman. It’s rude. I hate it.” 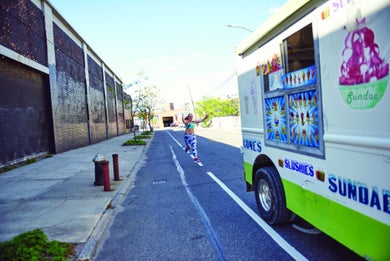 An ice cream truck rolled down the block multiple times without stopping—seemingly mocking our team with the promise of frozen delights. On the second pass, Kelly tried to chase down the truck but the driver sped up.