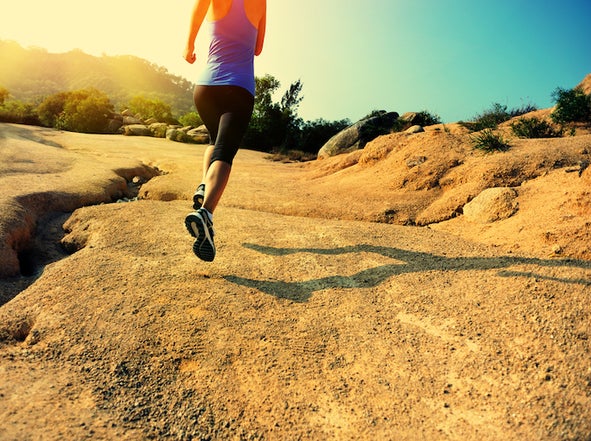 Welcome To The 40th Annual Badwater 135

Ninety-five runners took to the California trails this week for the 40th annual Badwater 135, a 135-mile race that starts in Death Valley and concludes at Mt. Whitney. Known as the “world’s toughest foot race,” this year’s participants included 67 men and 28 women from 17 different countries, with ages ranging from 28 to 70.

Of the 95 that started the race during the evening on July 10, 75 made it to the finish line. Wataru Iino (age 37) of India came in first with a time of 24:56:19, beating the second-place finisher by nearly an hour. The first female finisher was Sandra Villines of San Jose, Calif., who completed the race with a time of 34:34:43. Though these are both pretty astounding times for a 135-mile race, neither come close to the course records, both set last year (21:56:31 for men and 25:53:07 for women—wow).

Badwater runners began the race at 85 meters below sea level and climbed close to the tallest peak in the continental U.S., finishing at the Mt. Whitney summit trailhead. For some runners, this finish was their third in an ultrarunning series called the Badwater Ultra Cup, which included 51-mile and 81-mile races earlier this year. Like the Western States 100-Mile Endurance Run, the Badwater 135-Mile got its start when one athlete ran the course and, in doing so, inspired other ultrarunners to join in the years that followed. This year’s Badwater runners owe it all to Al Arnold, who first completed the 135-mile trek with a support crew in 1977.

The official results of the Styr Labs Badwater 135 are now available online.

Almost Any Runner Can Finish A 100-Mile Ultramarathon

Video: Story Of Anna Frost, Who Will Race The Storied Hardrock 100