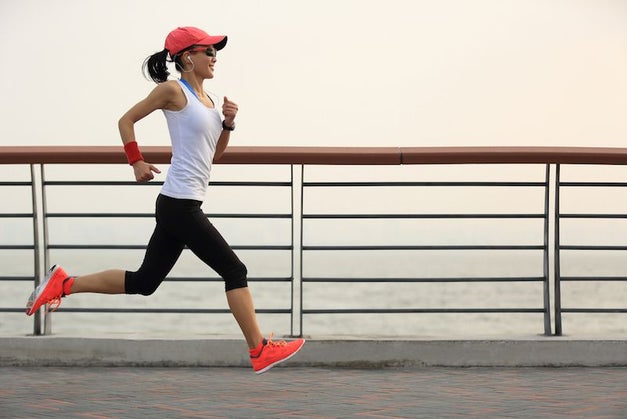 This month’s top workout songs benefit mightily from the element of surprise. Genres and artists that don’t generally make appearances in these playlists show up in force. In the list below, we recap the obvious hits and left field picks alike.

Related: Our August 2017 Playlist On Spotify

Rap tracks generally meet with mixed success in the gym, as their lower tempos make them great for strength routines but are ill-suited for cardio. Given this divided audience, they don’t often garner enough votes to crack the monthly top 10 list—but tracks by French Montana, Lil Wayne and Big Sean prove to be exceptions this time around. Equally unusual are inclusions from Shania Twain (who hasn’t released an album in 15 years–but will next month) and James Blunt (who’s best known as a balladeer).

Alongside these unlikely favorites, you’ll find a Spanish language collaboration between Jennifer Lopez and Gente de Zona, a new single from The Killers and a remix from Imagine Dragons. Given the variety on display, there should be plenty to keep you moving until September. Here’s the full list—according to the votes logged on the workout music site Run Hundred.

To find more workout songs, folks can check out the free database at Run Hundred. Visitors can browse the song selections there by genre, tempo and era to find the music that best fits their particular workout routine.

Love “Despacito”? Add These Tracks To Your Workout Playlist