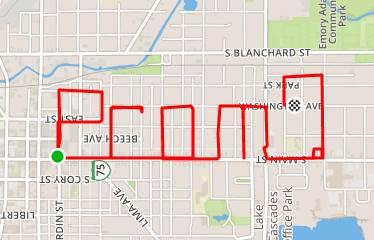 Remember in high school when crafting the best “promposal” was every guy’s life? We think this one definitely takes the cake.

Claire met Joran because they were both on the school’s cross-country team. They became quick friends because Claire would often run faster than the girls and would find herself running with the boys instead.

They’ve been dating for a few weeks, and with prom on the horizon, Joran had a unique idea to pop the question. Taking a page from other athletes who have used Strava to run and create different images and messages, Joran decided he would trace out his “promposal” on his next running route.

Joran ran 5.5 miles around his town to write out, “Prom?”

Claire, of course, said yes! She instantly shared it on Twitter: 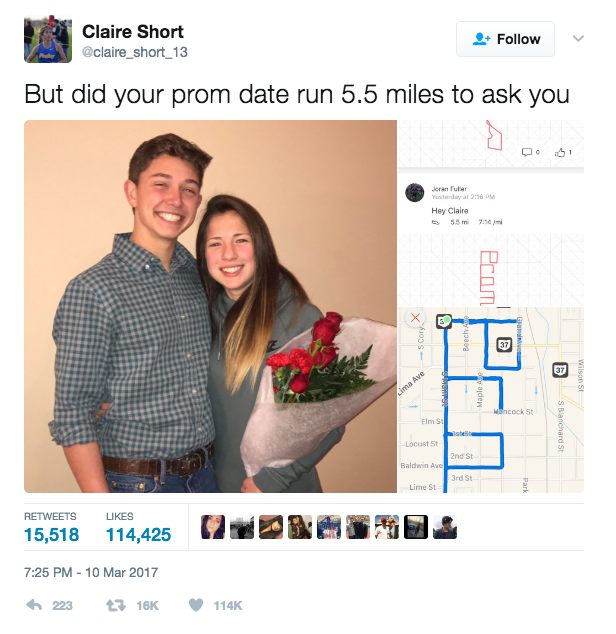