People have said they’ve “made it” when they land a Vogue cover. Perhaps decathlete and world-record holder Ashton Eaton feels the same way, but he definitely already has plenty to brag about.

Eaton is one of America’s, and the world’s, most celebrated track and field athletes; he absolutely owns the decathlon. He ran away with the Olympic Tral Trials win earlier this month, punching his ticket to Rio to defend his title. The Olympic gold medalist appears alongside Gigi Hadid, one of the most renowned models and recognizable faces in the industry. 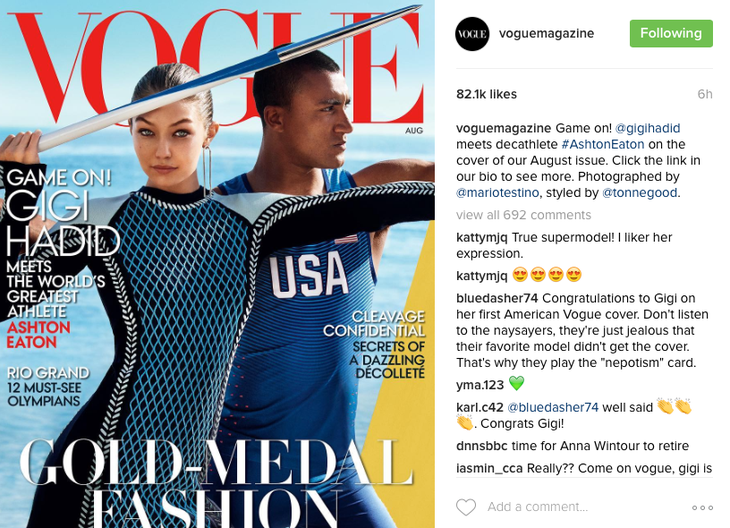 Although it’s his first time in a leading cover role for the publication, Eaton has been inside the pages of uber-popular fashion and lifestyle magazine before. In 2012 he was a part of Vogue’s Olympic issue, alongside Serena Williams and others.

The issue includes a behind-the-scenes look at the meeting of Eaton and Hadid, who—did you know?!—is the daughter of a former Olympic downhill skier, and they actually had a lot to talk about. The issue drops July 26, but check out what happened at the cover shoot.

Finally, Women’s Running Shoes Are Being Made for Women’s Feet