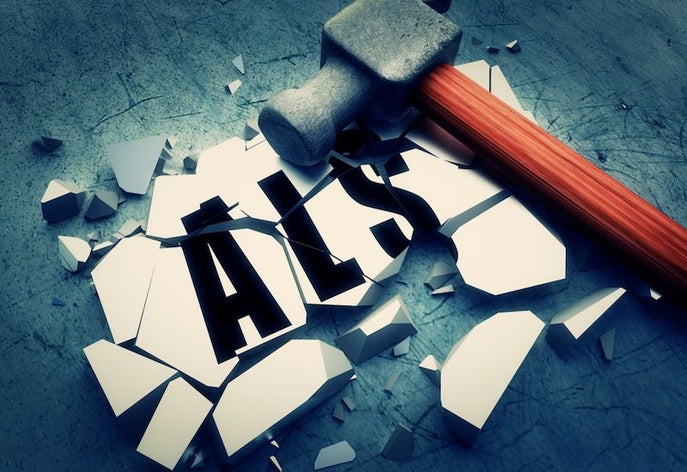 Runners around the world inspire us every day with displays of physical and mental strength. Today’s source of inspiration comes from Andrea Peet, a 36-year-old athlete who races marathons despite the fact that she was diagnosed with amyotrophic lateral sclerosis (ALS, or Lou Gehrig’s disease) three years ago. Andrea was a marathoner and triathlete long before her diagnosis and, despite her increasing muscle weakness, she was determined to continue participating in such races for as long as possible.

Andrea completed her first post-diagnosis race just a few weeks later. She’s continued racing in the years since with help from a recumbent trike that her legs power along race routes. Despite the steady forward march of her symptoms, Andrea’s best 2016 marathon was actually faster than that of her 2015 marathon. This year, she’s completed seven races ranging in distance from 5Ks to half marathons and plans to tackle her first marathon of the year this fall.

As ESPNW recently reported, Andrea finished 16th in a field of 28 at a 10K in Charlottesville, Va. earlier this month, clocking in at 62 minutes. Her continued dedication to and success in athletics confronts the fear that many ALS patients have when diagnosed, with most given a two- to five-year life expectancy. Three years after her own diagnosis, Andrea is a beacon of hope to other ALS patients and an inspiration to athletes everywhere. That inspiration is largely responsible for the creation of Team Drea, a foundation that Andrea started in 2015 to raise money for ALS research. As the foundation continues raising funds, so too does Andrea continue training for races, strengthening her muscles in spite of the disease’s efforts to weaken them and embracing the active lifestyle she has always led.

The #1 Reason To Run A Marathon Or Half

Real Runners: I Beat Medical Setbacks To Qualify For Boston

Real Runners: I Beat My Body’s Barriers To The Finish Line