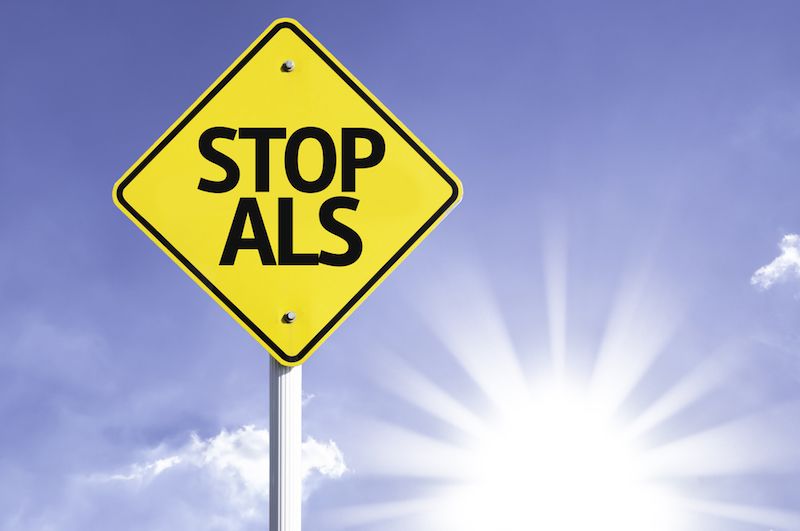 In Women Who Tri, Alicia DiFabio explores the triathlon phenomenon that gripped her town and swept the nation. She explores the surge of women into endurance sports while telling her own personal story and profiling the inspiring women who have overcome challenges to find their inner athlete. Please enjoy this excerpt from Women Who Tri!

“I just decided early on that I could be really depressed about this or I could live my life and make something positive about this crappy situation.”

Andrea Peet was the last competitor to cross the finish line of the Ramblin’ Rose Sprint Triathlon, nearly an hour after the second-to-last competitor finished. Assisted by two trekking poles and the supportive arms of both her best friend and her husband, she approached the finisher’s chute expecting it to be pretty desolate. Instead, it was lined with nearly 100 people cheering and teary-eyed as Queen’s “We Are the Champions” blared over the loudspeaker. They had heard Andrea’s story and stuck around to cheer this strong and courageous woman home.

Andrea was a young professional just out of graduate school, living in Wash­ington, D.C., when she took up running. “I never went to the gym growing up or was active in sports,” she says. When Andrea discovered running in the spring of 2010, she enjoyed the ability to explore the city, relieve stress, and get in shape. Running also allowed her to set goals, and as a Type A person, she was pretty goal-oriented. First, she trained for an 8K and then worked her way up to a marathon. When someone told her about triathlon, she thought it sounded fun. “I liked big goals and big challenges,” says Andrea, so “triath­lon” was added to her list. In the fall of 2011, she checked that box and quickly signed up for several more races over the next two seasons.

“In 2013, I decided I needed more balance in life. So, that translated into a half-Ironman,” Andrea laughs. “It was a great experience.” Although her race went well, her body didn’t seem to want to recover. “I was tripping over my toes,” she says. “I also noticed when I was walking, my hamstrings were really tight. . . . I thought it was a race injury.” Andrea consulted a physical thera­pist who seemed confused by her level of muscle weakness, given that she had just successfully done five triathlons, including a half-Ironman, that year alone. When Andrea raced a portion of a marathon as part of a relay team in November 2013, she was surprised at how often she had to stop and walk, particularly on the downhills where she felt she was falling uncontrollably forward.

Her symptoms were not improving, and no one understood why. Eventu­ally, Andrea was referred to a neurologist and ran through a battery of tests, including MRIs, blood work, and an electromyography (EMG). The EMG, she would later discover, was a test for amyotrophic lateral sclerosis, or ALS.

“Everything came back normal,” she says. “So, ALS was ruled out early on.” That was a relief, but she still didn’t have answers. “They were looking at rare diseases . . . sending me down a specialized road.” Although they had ruled it out initially, Andrea was sent to a doctor specializing in ALS to revisit this dis­ease as a possibility. “They sent me [there] as a last stop,” she says.

In May 2014, after almost a year of uncertainty, appointments with numerous neurologists, and multiple tests, Andrea finally received a diagnosis of “probable ALS.” “While I was worried, I assumed ‘probable’ meant there was a chance it could be something else,” she says. When she returned to the specialist in August 2014, her doctor explained that she had not met the clini­cal criteria for a definite diagnosis, because the disease had not shown up in enough regions of her body yet. An ALS diagnosis required weakness in three areas; she only had two. “When I asked [the doctor] point-blank if it could be anything else, she said ‘no.’ That’s when I finally understood what ‘probable’ really meant.”

Andrea was 33 years old. She had been married for five years. She and her husband had recently bought a home and were planning on starting a family. They had a lifetime of plans, none of which included ALS and its sobering, life-changing prognosis.

Also known as Lou Gehrig’s disease, ALS recently gained widespread attention when the ice bucket challenge stormed social media. It’s a rapidly progressive degenerative disease in which the brain loses the ability to communicate with the muscles of the body, slowly taking away a person’s ability to walk, move, talk, eat, and eventually swallow and breathe. The only thing that isn’t affected is the mind, which stays sharp, present, and fully intact through it all. There is no treatment and no cure: 90 percent of individuals diagnosed with ALS will die within two to five years.

Although Andrea had received the worst possible news, she had no plans to stop living, hoping, and contributing to the world. Inspired by Jon “Blaze­man” Blais, who became an Ironman at Kona in 2005 only five months after his own ALS diagnosis, Andrea decided two things: (1) this disease wasn’t going to stop her from doing another race, and (2) she wanted to use that race to raise money for the Blazeman Foundation for ALS research. She knew if she wanted to do another triathlon, it had to be soon. “Who knew what I’d be like by the spring?” she says. Andrea chose the Ramblin’ Rose Super Sprint in Chapel Hill, North Carolina (a 250-yard swim, 9-mile bike race, and 2-mile run). It was all female, had a pool swim, and was only six weeks away. Her friend Julie, who had never done a triathlon before, would be right by her side.

“My body was different,” Andrea explains, and that required a few modifications. The first thing she did was buy a recumbent tricycle, or what she refers to as her “trike.” At this point, she was using a cane to walk so, for the run, Andrea used two trekking poles for support. She could still swim without much adjustment, but getting her breathing down was challenging.

“The race director, who has since become my very good friend . . . said ‘Whatever you need, we’ll do.’” Andrea didn’t know how the day would go, or how her body would cooperate during the race, but she did know one thing. She. Would. Finish.

The swim went well, and she enjoyed the bike leg, but the run was exceptionally difficult. Her toes were curling, her feet were dragging, and her knees kept locking. Julie, her friend since age 2, literally held onto her arm for those final miles. The bond of that friendship, coupled with Andrea’s unrelenting will, got her to the finish line.

Many people approached Andrea that day saying she inspired them, but Andrea says it was the other way around. The compassion and support that enveloped her during that race reflected what she calls “the best of humanity” and inspired her to make this bigger than herself.

Team Drea was officially formed in 2015. It began with about 30 people and a collective goal of raising $9,000 for ALS research and awareness. Today, the Team Drea Foundation is a 501(c)(3) organization with more than 100 team members across the country and in Europe who have collectively raised $150,000. But Team Drea goes beyond fundraising. It’s about inspiring people to live fully. The heart of Team Drea? Challenging yourself to do something you never thought possible, whether it be a 5K or an Ironman. It’s about the journey—learning about yourself, connecting with your inner strength, and making a difference in your own life while helping to support those living with ALS and their caregivers.

Andrea was thrilled at the response to Team Drea but wasn’t sure how long she could actively race with the team. “I assumed I’d be on the sidelines in 2015,” she says. “I was basically waiting for the decline.” But as she waited, she kept training on her trike and found that she could still keep up. Instead of being sidelined, Team Drea’s namesake was going strong. She did the Walk to Defeat ALS in Washington, D.C., and then triked a local 5K, a half-marathon, and a full marathon. “I thought, ‘I’m done with ALS running the show here. I’m just going to do what I want to do.’”

Andrea’s “brand” of ALS leads to muscle tightness and weakness, but her nerves are still communicating with her muscles. “What they’re finding is that ALS is probably an umbrella term, like ‘cancer.’ Some people can talk normally but are paralyzed. For others, it’s the opposite. Most are somewhere in the middle,” she says. Andrea’s speech is considerably slowed, as are her hand movements. However, she is fully ambulatory with the support of a walker, and is training on her new hand cycle (courtesy of the Challenged Athletes Foundation). She keeps up her inspiring Team Drea blog, is writing a book, and still drives a car. “They tell you not to overuse your muscles or push them to the breaking point because they don’t recover normally,” Andrea says. “But what I find is I’m so much more mobile when I’m active. It helps me keep my muscles loose.”

At the close of 2015, Andrea had a big idea. She was intensely interested in people like Jon Blais, the first and only person with ALS to finish a full Ironman unaided, and Chris Rosati, who created an organization awarding small grants to kids who aspire to make a difference in the world. “These are the kinds of [ALS] stories that are inspiring to me,” she says. So, she set a goal for 2016— complete 12 races in 12 months each in honor of 12 inspiring people with ALS. She has documented her journey, and the 12 lives of those who inspire her, on her blog. “The biggest reward and inspiration is just doing it. . . . realizing that I still can do it,” she says. “[It’s about] coming from a place of gratitude and not fear.”

Andrea will be participating in 12 races for ALS again in 2017, as long as her body and health cooperate. They will be mostly 5Ks and half-marathons, with a few sprint triathlons peppered in there. In addition, Team Drea has added two new programs—a Kids Virtual Race, allowing kids to fundraise through running, and the MedALS program, in which athletes can donate their finishers medals to someone living with ALS.

Like her hero Jon Blais, Andrea keeps her own spirit blazing bright no mat­ter the threat of darkness ahead. “This diagnosis doesn’t mean you have two years to live. I have lived with the disease long enough to learn the huge dif­ferences between people,” Andrea says. Though she intimately understands the gravity of ALS and its implications for her future, Andrea chooses to focus on what she can do, what she can contribute, and how she wants to live: hope in the place of despair, action in the place of complacency, and gratitude in the place of fear. “It was never something I set out to do, but I so appreciate [that] my story can make something positive out of ALS.”

The ALS diagnosis may have taken a great many things from the life Andrea Peet had intended to lead, but it hasn’t taken the best of what’s inside her. In choosing to live her life on her terms, she brings out the best of what’s inside all of us, too. “I just decided early on that I could be really depressed about this or I could live my life and make something positive about this crappy situ­ation,” she says. “Just because you have this diagnosis, your life isn’t over. You still have time to make a difference.”

Who Is Gwen Jorgensen?