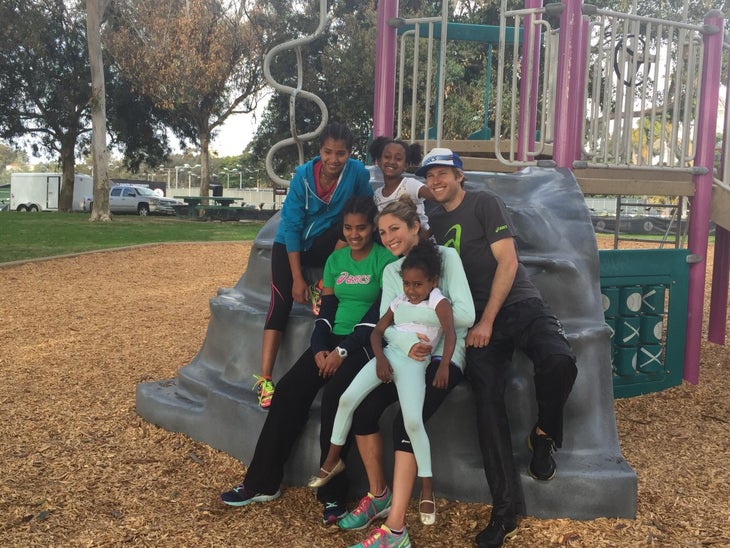 In breaking running news from the New York Times this morning, 33-year-old Ryan Hall, husband to Sara Hall, announced his retirement from professional running. The marathoner, best known for his 2011 Boston Marathon performance, finishing in 2 hours, 4 minutes, 58 seconds, holds the fastest marathon time ever run by an American (although not a record due to the elevation drop and nature of the Boston Marathon course). The announcement comes barely a month ahead of the 2016 Olympic Trials Marathon, where Ryan will not be racing.

“I’ve explored every issue to get back to the level I’ve been at, and my body is not responding. I realized that it was time to stop striving, to finally be satisfied and decide ‘mission accomplished,'” Ryan tells the Times, speaking about his on-and-off again struggles with fluctuating testosterone levels since college. Going into the trials next February, Meb Keflezighi, one of Ryan’s longstanding friendly rivals, will be the favorite to make the team. People know Meb best for winning the 2014 Boston Marathon, where Ryan says he worked with another American runner to slow the African competitors down and allow Meb a chance at winning the race.

Sara and Ryan recently adopted four sisters from Ethiopia, where they spent time training together. Sara will enter the trials as “not a favorite,” having only run two marathons ever in 2015. Her more recent time does put her in a good position to potentially cause an upset and land herself on the podium—and the 2016 Olympic marathon team.

Sara Hall Shares 7 Keys to Her Longevity of Excellence

Age is Just a Number: Why Elite Women Over 35 are Crushing It