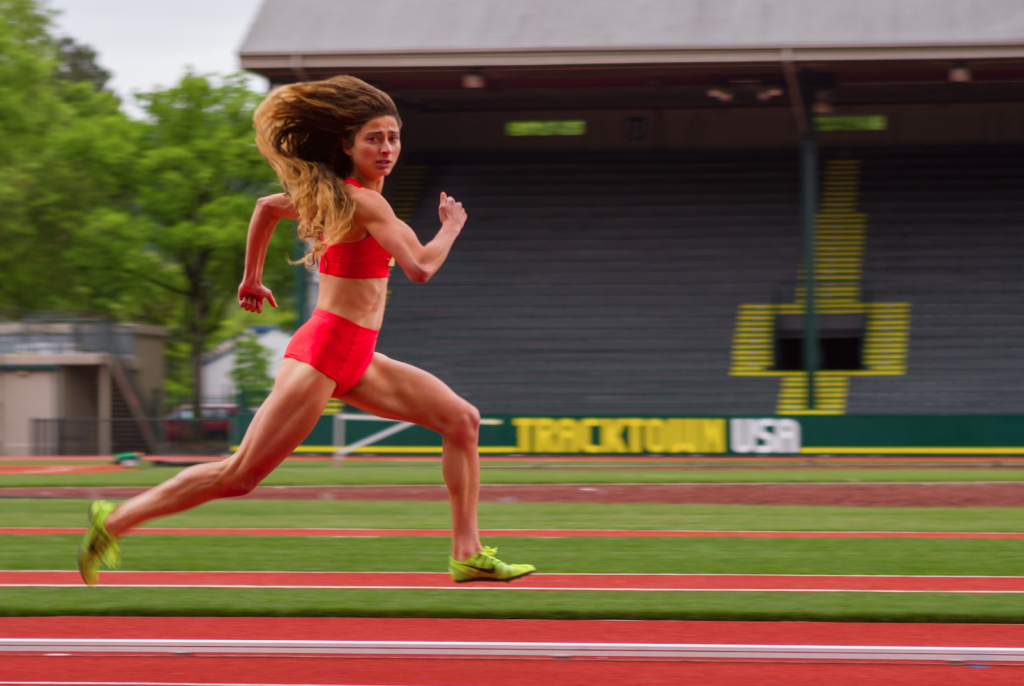 Last week was a big week for me: first, I announced that my film Tracktown will be premering in the prestigious Los Angeles Film Festival on June 4. A few days later, I raced my third ever 10K on the track, and I ran 31:46—an 18 second PR, earning my spot on the Greek Olympic team (and setting a new Greek national record).

I’ve been chasing my Olympic dream, mentally and physically, since childhood. Every race I challenged a boy to on the playground became a layer of brick building me to what I’ve become—every race I won made me hungry and every race I lost made me try harder. With my film, every new draft of the script made me want to see it come to life even more.

While I wiped off my sweat and enjoyed these two incredible moments in the spotlight, I also found myself reflecting on the years of preparation I did in solitude or just with the company of a few teammates, uncertain of whether or not my hard work would pay off. So much of my journey has been spent sweating and typing alone, trying to sleep when I was sometimes too nervous and sometimes too excited, in total uncertainty for months and years at a time.

When it comes to athletic and creative endeavors, there is so much that is not in our control—I cannot fully know when an injury or unlucky athletic hurdle will crop up, just like I cannot know when I will exceed my athletic expectations or when I will find someone like John Legere who will believe in me and help support my filmmaking goals. Throughout my years of work both on the film and as an athlete, I’ve learned that the best way to cope with uncertainty is to make sure to do my absolute best with anything that is in my control.

It wasn’t until the final two laps of the 10K that I realized my dreams were beginning to come true—it nearly made me tear up right there in the middle of the race—but instead I smiled and grabbed that moment right that I finally could control. It’s in those moments that we must push harder and speed up, not settle—which is why when it is all done, there is not a sudden exhale.

On June 4, my movie will play to audiences for the first time at its world premiere at the Los Angeles Film Festival. This will be a major milestone and the beginning of another exciting, and yes—uncertain, journey. I hope that everyone who is nearby will join me for this very special event. I know that no matter what (happy and sad), I will cry at the end.

Aliphine Tuliamuk is Practicing Patience (or Trying To)