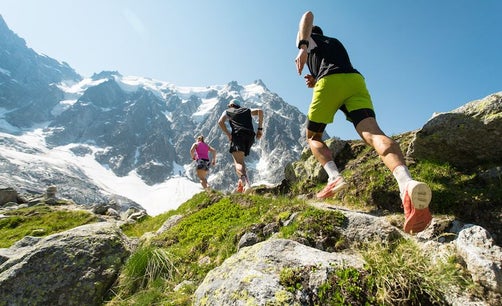 Exploring The World Through Adventure Racing

The bold athletes among us might belly crawl in the mud or kayak along a river or, like in adventure racing coach Danelle Ballengee’s case, trek through the thick, rugged jungles of Fiji.

“Adventure races, in general, are in some of the most beautiful places in the world,” Ballengee said. “I’ve gotten to see some amazing scenery and travel through unique cultures. There’s so much more to the sport than fitness, and that’s why I love it.”

Excited by the opportunity to travel and push boundaries, many endurance athletes have looked to adventure racing, a competition where teams navigate through a wilderness course–usually by paddling, mountain biking and hiking or running.

If you’re looking to get started in adventure racing, Travis Macy, co-author of This Ultra Mindset: An Endurance Champion’s 8 Core Principles for Success in Business, Sports, and Life and head of Macy Endurance Coaching, says you’ll need to know a few things before heading out into the terrain. “While running races use marked courses and defined distances, adventure races inherently push athletes’ comfort zones by using unmarked courses and non-standard distances,” Macy said. “Adventure races are special because they require a variety of skill sets plus thinking, problem solving and teamwork during the race.”

Adventure races range from two hours to multi-day expeditions. In addition to running or hiking, racers may be asked to kayak, mountain bike, ride horseback, swim, rappel or even paraglide.

“The length of the event will dictate endurance training,” said Emma Maaranen, a coach with Wenzel Coaching who specializes in multi-sport, adventure and obstacle course racing. “Each race venue will have unique challenges based on the environment and terrain that may require some specific skill development.”

Ballengee, who has won national championships in adventure running, recommends equal training for each discipline explored in the race.

“To just get through an adventure race, spend at least once a week for an hour or two paddling and working on technique. Spend at least four hours a week on the bike to get your butt ready and to develop those specific muscles,” Ballengee said, adding that at least half of one’s biking training needs to be spent on technical trails. For a racer’s running and hiking training, Ballengee advises that individuals spend “at least two hours a week running or jogging and at least an hour or two a week hiking hills.”

Meanwhile, Maaranen points out the importance of preparing for the mapping and compass components of these races. “My favorite aspect of adventure racing is preparing for the unknown,” Maaranen said. “You have to have a MacGyver attitude: find creative uses for the skills and equipment you have to get to your destination efficiently.”

There’s another aspect in adventure racing that’s not usually an element in road racing. Many adventure races are team sports, where four to five participants must travel together for the entire race. “Racing with a team is challenging and rewarding,” Macy said. “It’s a chance to grow as a unit and work together through challenging elements like sleep deprivation and being lost in the wild. The best teammates are positive, flexible, resilient and dialed in to their roles on the team.”

Ballengee advises teammates to work openly with each other, especially as the race becomes more challenging. “Goals need to be communicated long before the start of the race,” Ballengee said. “Also, be adaptable. Sometimes you’ll need to be the team leader, sometimes the follower. It’s like a marriage on the race course. Having personalities that mesh while racing is important.”

But not every adventure race requires navigating or technical skills. In Maaranen’s favorite adventure racing experience, she pulled a flaming wooden log behind her bike in an Idaho drag race, which was far more fun than it was technical. Though drag races don’t follow the typical adventure race format, they do share the same core element common throughout the sport, which Maaranen says is most important to remember: unpredictability. “It is an adventure race,” Maaranen said. “You will not be in control of everything that happens. Embrace it and smile.”

Test Your Limits With An Unsupported Adventure Run

Diving Into The World Of Orienteering

Strava Is Now More Trail Friendly. Here’s How They Did It.