Today Adidas joined the long line of companies that have recently found themselves in a PR misstep (think Pepsi and United) after they sent out a poorly worded e-mail to finishers of the Boston Marathon.

People on Twitter quickly began calling attention to the e-mail, sharing screenshots from their inbox: 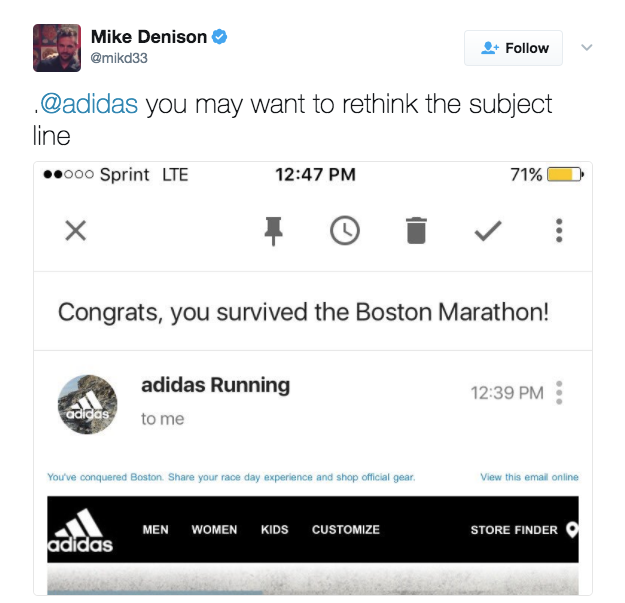 We are sure Adidas meant well, but the unfortunate choice of words can be construed as making light of the attacks in Boston in 2013. While “surviving” is a word used often when referring to completing a full marathon—or any race–many did respond negatively to this particular use.

It seems as if Twitter users are divided, with some calling out the brand for the misstep and others saying people are being “too sensitive.” What do you think? Tweet us at @WomensRunning and share your thoughts.

Boston’s Top Female Finishers: Where Are They Now?