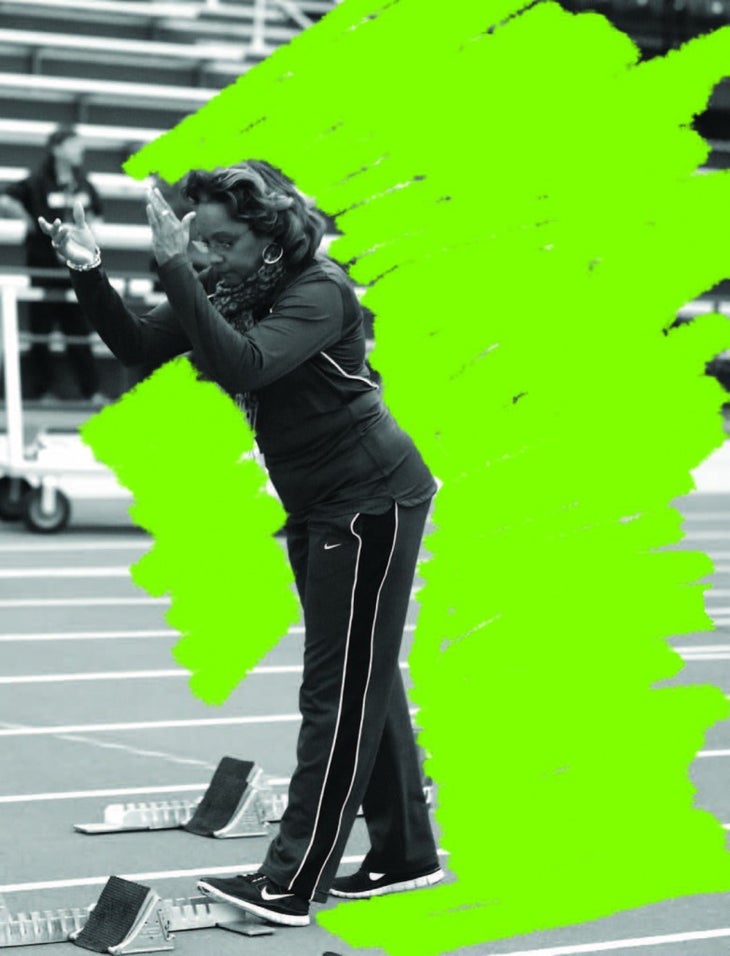 “I got into coaching accidentally,” explains Dennis. After graduating with her master’s from Michigan State, she planned to become a university administrator. But when the school asked the former standout sprinter to come on as the assistant track and field coach, Dennis accepted.

Twenty-eight years later, Dennis now acts as the director of track and field for the Buckeyes, an accomplishment she holds dear: “A lot of women don’t get the opportunity to direct a dual-gender program.” In her tenure at The Ohio State University, she has led the team to 31 Big Ten event titles and 19 First Team All-American  awards. She credits her success to a mixture of smart physical training and emotional support. “It’s not enough to want to see a person’s success on the athletic field or track, you have to care about their life.”

Dennis’ power comes not only from her winning record, but also her vision, part of which is met by hiring people with a diverse range of backgrounds. “I think that racism exists and I still think sexism exists. The more diverse organizations become, the better understanding between genders and races. I really think it has to happen.”

“I feel the most powerful when my team and my coaches are feeling empowered—when we’re getting ready to rock an event.”